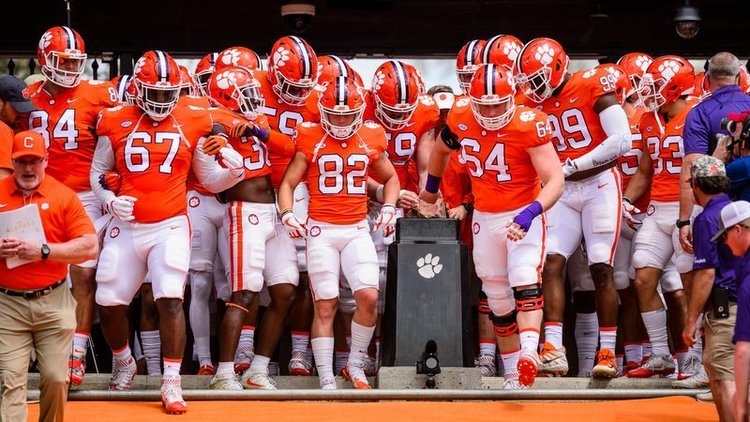 Clemson athletics released the full data from a survey of IPTAY donors regarding the affect of the COVID-19 pandemic on their plans to attend a Clemson football event.

Clemson athletic director Dan Radakovich said in his "from the desk" series that the response of 8,875 donors out of over 11,000 surveys sent out was "unheard of in the marketplace."

"As you may know, the ACC was one of the first conferences to announce the cancellation of fall events prior to September 1," he said, "which we believe allows us a better chance to have a season without interruption. As of today, there has been no change to our fall football schedule and key decisions have yet to be made regarding stadium capacity, concessions, tailgating and some of our operating procedures.

"The ACC Board of Governors has two upcoming meetings on July 29 and August 5 and we hope to have more clarity around fall sports and the football season shortly after those meetings. We will continue to model various scenarios for capacity in Memorial Stadium, and the month of August will be filled with communications from athletics and IPTAY."

Clemson highlighted that 84 percent of fans in the survey said that they were comfortable coming to games if social distancing is implemented, with less than half comfortable overall in September (49.1) and more comfortable in October (58.3) and November (62.8). They also noted that 39.9 percent cited being in a crowd as the biggest concern for not attending games, and where ‘2’ is an expectation and ‘3’ is a must, fans in Memorial Stadium expect Clemson to provide hand sanitizer stations (2.6/3), require staff to wear face coverings (2.35/3), require all fans to wear face coverings (2.17/3) and facilitate physical distancing (2.07/3).

Digging deeper into the survey, 21.2 percent said they were "neutral" on attending in September and 28.5% uncomfortable (1.21 percent didn't have a response). The uncomfortable group lessens to 16.6% in October and 13.9% in November.

In that 1-3 scale referenced above, tailgating before the game has the highest comfort level among pregame activities (2.48), with "carry on game-day traditions" next (2.37) and "meet with others before game" (2.32) and on the lower end being participating in Gathering at the Paw (1.62) and riding on buses to and from parking lots (1.60).

If social distancing is in place through seating, Clemson averaged a willingness of attendance at 3.89 out of 5, with that dropping if tailgating is limited (3.58).