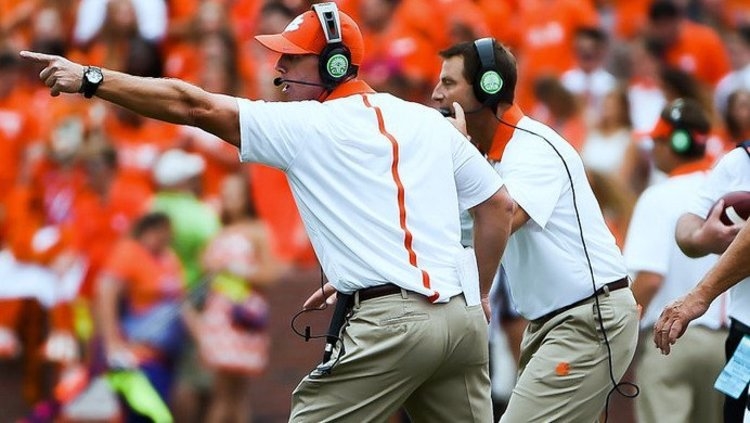 The changes come after a second national title in three seasons during an unprecedented run of success in school history with the duo on board.

Swinney, 49, ranked seventh nationally in salary last year according to USA Today ($6.54M). He finished 2017 No. 2 in overall salary after a signing a contract that was set to average $6.75 million over eight years.

“In talking with Dabo we wanted to do some things that would keep him here long term,” Radakovich told TigerNet last July. “While his salary will stay at the 2 million dollar number, the retention bonuses in the form of a split retention -dollar life policy were the things that we added. That takes a little time to educate and have everybody come together with that type of a product because it's a little different. We were able to pull that all together. Brent is extremely excited. We're very happy to have him here and that's why we brought it here today for formal approval.”