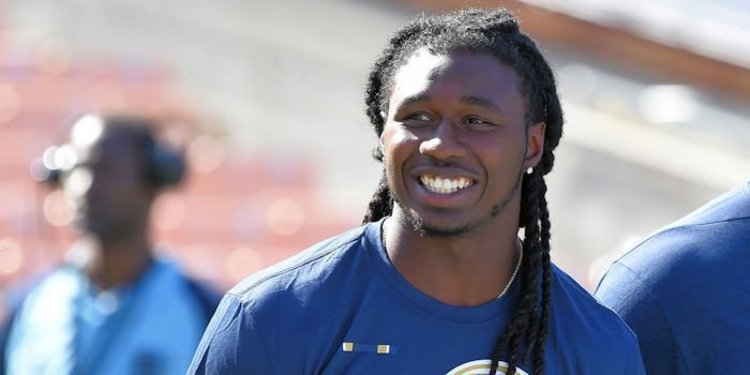 Sammy Watkins didn't reach the end zone Sunday, but did help a teammate get there in a blowout win.

News and notes from week seven for Clemson products in the NFL:

A week off for the Texans' Tigers contributed to an overall quiet week for Clemson pros in the NFL.

Los Angeles Rams receiver Sammy Watkins was among the highlights with three catches for 42 yards in five targets and a block that sprung an 18-yard Cooper Kupp TD catch in a 33-0 win in London over Arizona. On the other sideline, Jaron Brown saw two catches for 37 yards in five targets, but may be in a struggling offense going forward. Starting QB Carson Palmer suffered a broken arm in the second quarter.

Palmer with a great move to find Jaron Brown for a 1st-down. pic.twitter.com/IiIDNIK2JJ

Daniel product Shaq Lawson posted four tackles (one solo) in a 30-27 win over Tampa Bay, where Bucs receiver Adam Humphries had a moment to forget. Tied 27-all in the closing minutes, Humphries lost his first career fumble to setup the Bills in Tampa territory for the win.

Other standout defensive efforts came in defeat, with T.J. Green posting five tackles (three solo) in a 27-0 home loss to Jacksonville and Falcons D-line duo Vic Beasley and Grady Jarrett each tallying four solo stops - Beasley with a sack - in a 23-7 loss in the Super Bowl rematch at New England.

Quick hits: Dolphins cornerback Cordrea Tankersley and the secondary struggled early with a couple TDs surrendered, but Tankersley did total two stops in a 31-28 win over the Jets. Andre Branch added two tackles (one solo)...Steelers receiver Martavis Bryant saw just two targets with one catch for three yards and one rush for two in 17 snaps...Giants rookie RB Wayne Gallman led the RB group in snaps with five rushes for 15 yards, two catches for 14 yards (three targets) and even posted a tackle in a 24-7 loss to Seattle. On the defensive side, B.J. Goodson put up four tackles (three solo)...Chargers rookie Mike Williams went 0-for-2 on catches in targets...Jets kicker Chandler Catanzaro was limited to four extra point makes and no field goal tries...Cardinals RB Andre Ellington wasn't cleared to play in London (quad injury)...Vikings DB Mackensie Alexander was inactive also (hip)...49ers punter Bradley Pinion averaged 45 yards per punt, placing 2-of-4 tries inside the 20.