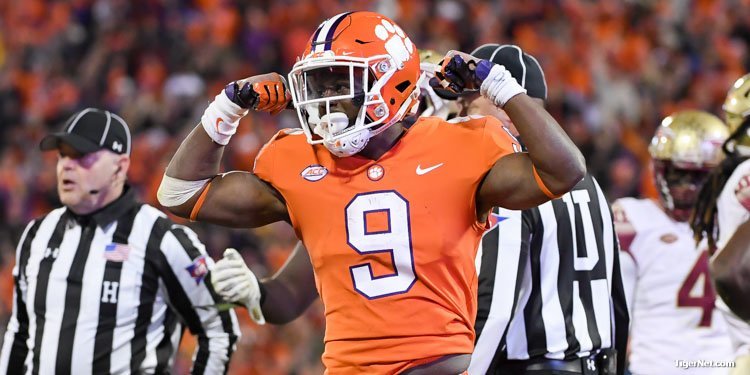 Love the email format of your blog. Only wish it were more often!!

I have 2 questions from the BC game. Since I wasn't there and ESPN/ABC is more concerned with production value than actually showing the viewers the game, I really could not see a couple of things.

On the deep balls, it looked like TL was trying to put more air under the ball than he has. Was the wind a factor in pushing those balls deep balls out of bounds or was it a technique where he is working to get better on giving the WRU boys a chance?

The running game is a concern, but to me it looked more like scheme than effort. Even on 9's longer runs, he had to make a guy miss in the hole. Linemen were not getting to their LBs or Safety coming down to fill. I know 73 could not handle their DE off the edge, but neither has anyone else. Are we zone blocking called RPOs and not drive blocking to create the holes? I know refs have been calling linemen downfield more this year, so if an RPO is called, the linemen can't get downfield on a LB if the QB passes the ball. Sometimes, you just want the line to man-up and beat their guy to let the backs get rolling. The OL seems to be good at it in short yardage, so I assume they are capable. Are we seeing RPOs that the QB correctly reads as runs and blaming the OL for not creating gaping holes?

I am certainly not criticizing, just trying to be a more knowledgeable fan!!

The wind was blowing about 20 mph but gusted higher. I don’t think it affected most passes, but it did affect deep balls, punts, and kickoffs.

Why the concern over the running game? Clemson is averaging 251.7 yards per game rushing. That is 12th in the country. This is the sixth best average in school history and the most in the last 26 years.

I give BC a lot of credit not only for their schemes but their physical defensive players as well. In a lot of schemes today the linemen are not firing off the ball and drive blocking like the old days. Some of those are RPOs. But most of the issues in the running game in today’s game are simple numbers. When defenses have seven or eight in the box, it comes down to numbers. Sometimes it comes down to the technique of linemen simply having good footwork and just getting heads on the right side and using their hands inside. Other times the running back has to make the right read. In summary, there is a lot that goes into the running game, but I would give BC more credit here. They decided to commit to stopping the run and forcing Trevor to throw the ball 40 times in cold, windy weather.

Just caught part of the Playoff Rankings and no big surprises. I rarely am able, or desire to listen to talk shows on the radio now that I am retired and off the road, but I did catch some of a show today on WCCP and I gather there are those that believe that an undefeated Notre Dame team could be left out. Notre Dame has 2 huge games left with Syracuse this week and USC next week so being undefeated is no guarantee but I see no earthly way an undefeated ND is left out. Their history, following, national and international draw and political pull would never be overlooked by the committee.

We are still 3 weeks away and many games to be played but semi final games of Alabama vs Michigan and Clemson vs Notre Dame would bring television ratings out the roof and finding tickets next to impossible. What do you think?

Anyone that thinks an undefeated Notre Dame will get left out of the playoff is sadly mistaken. There is a zero percent chance that happens.

I agree that the traditional powers of Alabama, Clemson, Notre Dame and Michigan would be a huge draw. All have huge fan bases, great uniforms, fight songs, traditions, history, and identities. These four head coaches have intrigue. This would be a major win for the playoff committee.

I heard the Major from the Marine Corps on your show last week but I was driving. Is there a place I can find the schedule for Military Appreciation Day? Thanks in advance.

Here is the schedule for the entire week. Hope this helps.