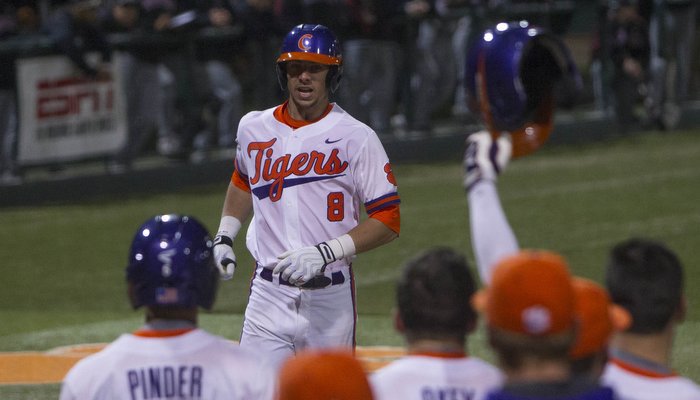 Hindsight is a wonderful tool that we often use in analyzing sports. If we had the benefit of hindsight in life, we all would make better decisions. But after going to the Clemson baseball game and watching the Tiger basketball game last night, in hindsight maybe we should have seen both surprising endings coming.

It is easy to say afterwords, but the baseball team still looked very relaxed last night despite being down two runs entering the ninth inning. Meanwhile, the basketball team appeared tight as their 18-point lead was slowing disappearing.

I have learned to appreciate the concept of body language. I used to not put a lot of stock into it, but in the last three or four years I have paid more attention to it. I find it to be a valuable.

As humans, we are at our best we are relaxed and confident. Our body language says a lot about how we are feeling about ourselves. Go back and watch a replay of the players' body language in both sports from yesterday. Watch their facial expressions. Check out the look in their eyes.

One team had no panic and appeared to still be in control of their situation despite the scoreboard. They other lost control of the game and lost confidence in themselves.

Confidence is perhaps most important when adversity strikes. I watched Seth Beer walk to the plate in the calmest stroll yesterday in the bottom of the ninth and down two runs. I haven't seen him a lot since he has only played in 11 games in his college career so far, but he arrives at the plate with a calm demeanor. He is 18 years old and should still be in high school, but the moment is not too big for him. He responded with a game-typing double off of the wall. Notice it the next time you are at the ball park. Notice his sense of confidence and how calm he appears.

Then go back and watch a replay of the basketball game. Free throws and easy shots ended up short on the front side of the rim. To me that is a sign of tightness. Watch the body language. Watch panic set in. I think last night was a result from the earlier collapse at Georgia Tech just a few weeks ago. Clemson players had a look about them that screamed, "Here we go again."

When Deshaun Watson entered his first college game in front of 90,000 in Athens, GA, he looked calm and ended up hitting Charone Peake on a beautiful touchdown pass. His body language exudes confidence.

Yesterday we saw two teams with two different starts and two different endings. It may be hard to compare a mid-week baseball game against Winthrop to an ACC basketball tournament game against Georgia Tech. But the players in each contest were trying their best no matter what was at stake.

In the end, we saw two different mindsets. Maybe it's easier to hunt than it is to be hunted. Maybe baseball is easier to relax than basketball. All of that aside, last night was a great example of how two teams closed out their games and how two teams felt about themselves.