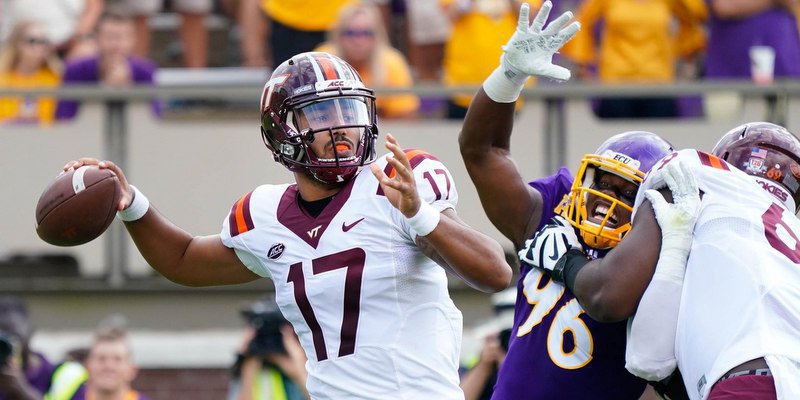 Jackson has 11 touchdown passes and one interception this season (Photo by James Guillory, USAT)

No. 2 Clemson travels to Blacksburg to take on the No. 12 Hokies this weekend, and Venables says the Tech offense is the same as it was when the two teams played for the ACC title last December. Part of the Hokies’ success comes from the fact that they churn out dynamic quarterbacks.

“They’ve got proven track records in developing quarterbacks,” Venables said Tuesday. “It's something they've specialized in that's pretty remarkable - to have the quarterback they had a year ago and only have him for a few months to be as productive and successful as he was. They flipped the script and turned right around and are doing the same kind of things this year, so they have a great system that has answers.”

The Hokies are 14th nationally in total offense – 34th on the ground and 30th through the air while averaging 40.0 points per game.

“They are well-coached and thorough in what they do and they have some good players obviously. A good physical offensive line and good skill that they developed the right way,” Venables said. “I think they are very smart. They are going to take what they believe is there and maybe they haven't been emphasizing it because they're throwing the ball well. I think they are smart and will be very balanced. There is always that element - the threat of the quarterback run game and we have to be responsible for it on any given call. You have to be good in your coverage too. It's a great system and he has answers for everything that you're doing.”

Venables is known for his exotic blitz packages but said that people shouldn’t assume he will blitz Jackson just because he’s a freshman.

“That's not really our style to say that we've got a young quarterback that doesn't know what he's doing, so we're just going to blitz him,” Venables said. “We're going to run our system and put together a plan that gives us the best chance to defend what they do. Regardless of how long he's been there or where's he's at maturation wise. We know what the threats are and we feel like we've got a good handle on what he does well. It's not just him - it's a group of players - eleven of them, there are coaches on the sideline, it's a no-huddle tempo-based system and they're not going to let you just do what you want. They will have answers. The young guys have done an incredible job and shown tremendous poise and incredible success through the first part of the system.”

Tech also has a weapon in wide receiver Cam Phillips.

“He's got tremendous ability, size, speed, quickness and terrific hands. They do a good job of putting him in competitive winning situations and then he wins his share of 50/50 balls as well,” Venables said. “He's a terrific talent and a huge part of their success this year. He's got nice players surrounding him as well, other receivers that do a good job and it's working for them. Everybody knew we were going to throw it to Mike Williams and you scheme against it and try to prevent it, but you know when you've got good players, they are hard to defend.”