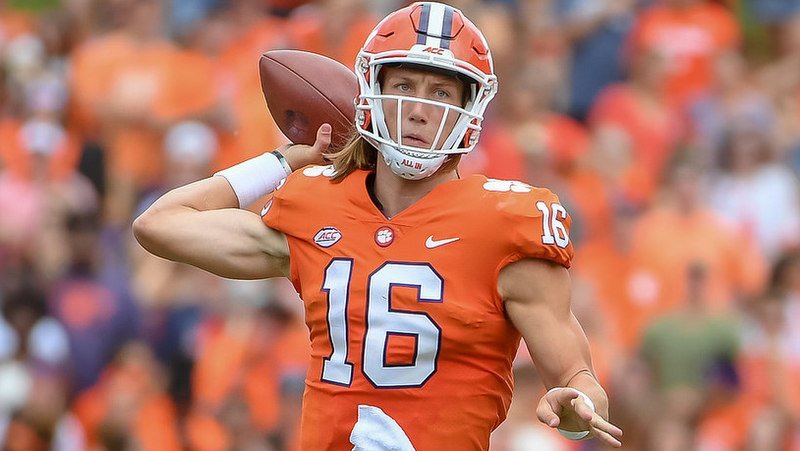 Lawrence looks to make a play Saturday against Georgia Southern

CLEMSON – Clemson head coach Dabo Swinney expects starting quarterback Kelly Bryant to be ready to go when the Tigers travel to Atlanta to take on Georgia Tech this weekend, but if Bryant isn’t ready to go, Trevor Lawrence isn’t afraid to take over.

Bryant bruised his chest in the first half of the Tigers’ 38-7 victory over Georgia Southern last weekend and didn’t return. Lawrence finished the day 12-for-19 for 194 yards and a touchdown.

In three games this season, Lawrence is 26-for-43 for 424 yards, five touchdowns, and an interception, and he told the media Monday that he feels comfortable with the offense.

If Bryant can’t go against the Jackets, Lawrence is ready to step in and shoulder the load.

“Yeah, I am definitely ready,” he said. “They (the coaches) have done a good job of playing me in important situations up to this point. I played in an away game and a home game. Played against Texas A&M and they are a really good team, I’m just prepared.”

If Bryant can play, Lawrence will do everything in his power to support the senior. 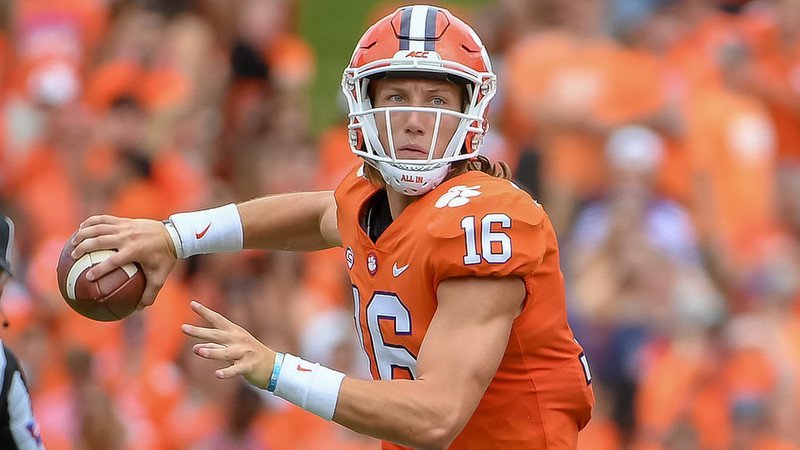 Lawrence looks to make a play Saturday against Georgia Southern "

“A bunch of people ask me that, me and Kelly are still going to support each other,” he said. “We are going to compete and try to get better. At the end of the day, we are on the same team and we have the same goals.”

Lawrence’s calm demeanor is a by-product of his faith, and he incorporates that faith into his pregame routine by listing to Christian music. As a result, he doesn’t go out and play to impress people.

“That has just always been my personality. Football is important to me, but it isn’t my life,” he said. “My faith is the biggest thing in my life. No matter how big the situation is, it won’t define me. Putting my identity in what Christ, who He thinks I am and who He knows that I am. At the end of the day, it doesn’t matter what people think about me or how good they think I play. That has been a big thing for me, having confidence in my faith.”

Lawrence did show some emotion against Georgia Southern when a batted ball turned into an interception. He made the tackle on the play, leading co-offensive coordinator Jeff Scott to say he’s sending Lawrence to defensive coordinator Brent Venables for tackling practice.

Lawrence laughed at the notion.

“No, that’s just how I have always been when I throw an interception,” he said. “I want to hit the dude, I get kind of pissed off. I was trying to hit the ball down before he could catch it actually.”