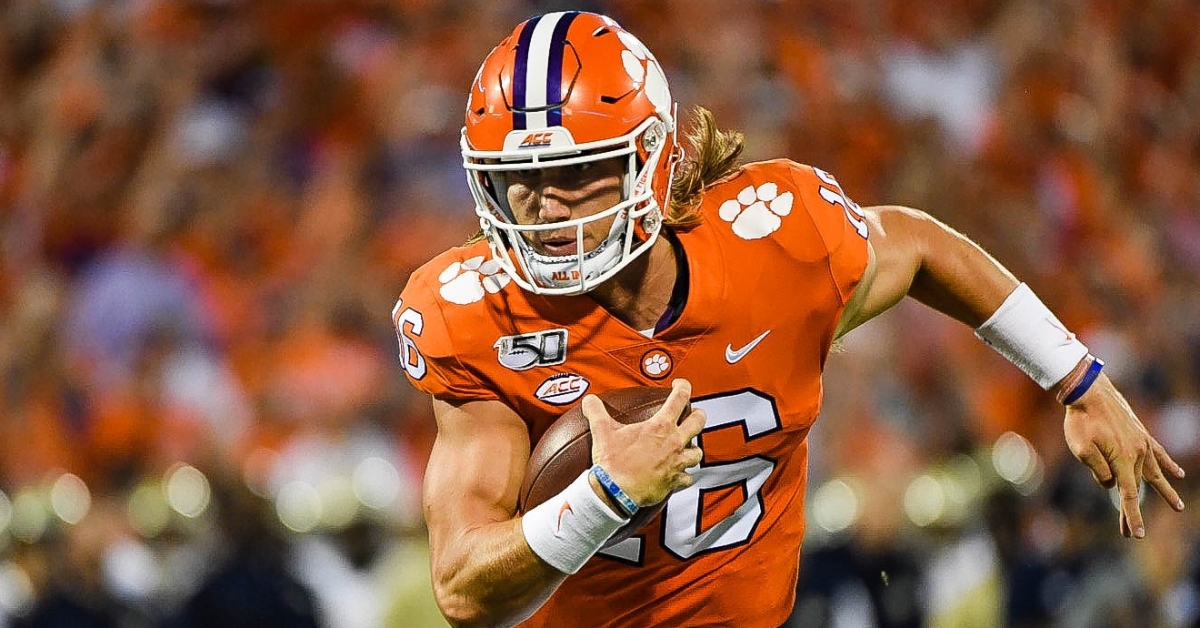 Trevor Lawrence says the Tigers put the open date to good use.

CLEMSON – Now that the rest of the nation and the national media is off the Clemson bandwagon, the Tigers can go about winning games and hopefully the ACC.

Quarterback Trevor Lawrence has led the Tigers to a 5-0 record, including a 3-0 mark in the ACC. Clemson has won 20 consecutive games and is favored by 27 over FSU this weekend. However, the Tigers played a close game against UNC in Chapel Hill last time out, and the national narrative is that Clemson sucks -- or so Lawrence has heard.

Lawrence doesn’t mind that narrative in the least.

“If you look at that stuff a lot, it can get frustrating just because we're the only ones that really know our team and what we're doing and how hard we're working to be the best we can be,” Lawrence said Monday. “And it's a learning process. And this is a new team and it's not the same makeup as last year, but, it's kind of nice now where everyone says we suck. So, we are kind of in the back seat. So, it's nice we can just go to work and not really worry about all the No. 1 expectations and all that.”

Does Lawrence have a preference?

The offense hasn’t been as sharp as Lawrence would like, but the Tigers are still 5-0.

“I think everyone has expectations for the year and obviously you want to start out well,” Lawrence said “We’re 5-0 and you can't really be any better than that from a record standpoint. There are some areas where we can get better, but I think as far as just expecting to be better than we are, I think 5-0 is as good as you can get. So, we're happy with that, but definitely know that we can get a lot better.”

Clemson practiced three times over the open date and Lawrence feels like the practices were put to good use.

“Yeah, it was a really good week. We had our community service day on Tuesday, which was really good for us to kind of get away from football and do something as a team outside of practice or a game,” he said. “So that was cool to be able to serve our community and help other people out. We had three really good practices, all kinds of different levels of intensity. We had a really tough Wednesday practice and a tough Thursday practice.

"So it was a really good week and I feel like we got better and grew closer together. And then obviously the weekend was big for just resting and getting healthy.”