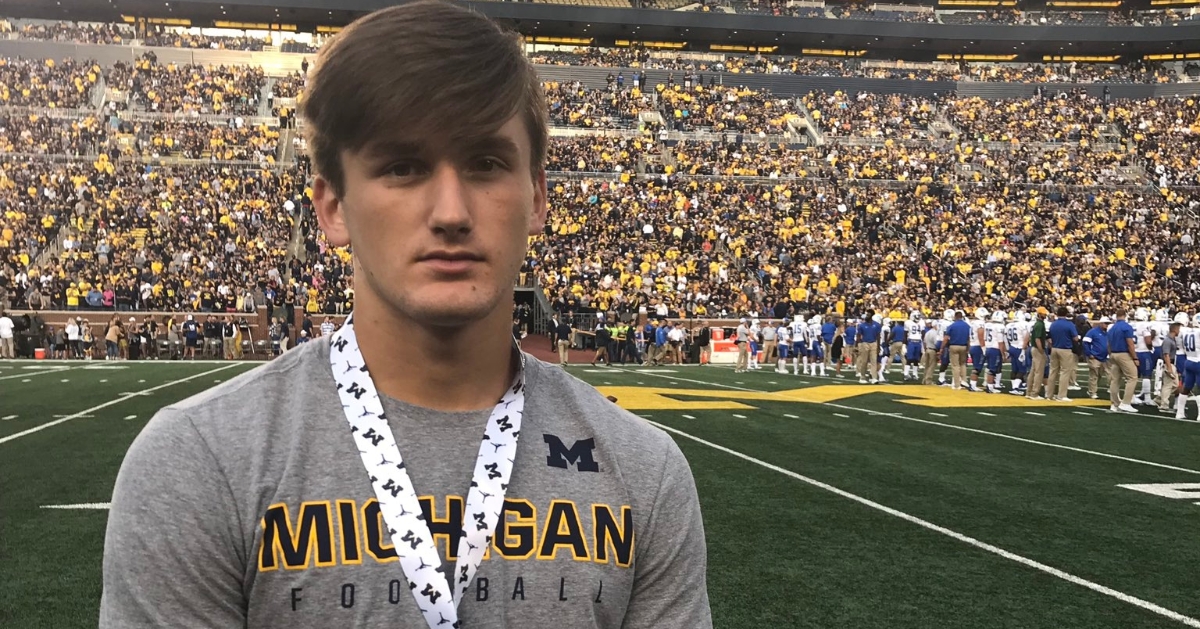 Powers is the top player in Ohio for the 2022 class.

Playing linebacker means being the quarterback of the defense. Relaying calls from the sidelines, getting the defense on the same page pre-snap, and being in the right place to make plays all are major elements to playing in the middle of the defense. Gabe Powers has been trained at the position his whole life, and Clemson has taken full notice.

Powers, a 6-4, 215-pound linebacker from Marysville (OH), has picked up major offers early on in his recruitment. The 2022 prospect currently holds offers from Ohio State, Florida State, Michigan, Notre Dame, Penn State, and Stanford. Clemson looks to be offering the 2022 linebacker very soon, and TigerNet caught up with Powers to discuss what a Clemson offer would mean for his recruitment.

“My coaches have talked to Coach Caldwell,” Powers told TigerNet. “They were excited about me and said after my sophomore year ends they are definitely offering me. They like my size, speed, athleticism, and my physicality.”

Powers has grown up learning how to play linebacker from his dad and his older brother, Mike Powers, who is currently a linebacker at West Virginia.

Powers’ father is a former resident of South Carolina, and the family still has friends in the state. Powers has visited a few schools already, and is hoping to see Clemson for himself in the near future.

“Kentucky, Michigan, Ohio State, West Virginia, and Colorado,” Powers said of the schools he has already visited. “I was going to take visits to many colleges, Clemson being one of them, but with everything going on I haven’t been able to see many colleges. I’m going to sit down with my dad when this stuff ends and see how much time we have to visit colleges.”

While Powers hasn’t had the chance to see Clemson in-person, there are a few things about the Tigers, Dabo Swinney, and Brent Venables that Powers has noticed.

Although Powers has collected many offers early on, there is still a long way to go for the 2022 prospect. What is Powers looking for in a school? And what would a Clemson offer mean to Powers?

“They would be up there with the top schools,” Powers said of a Clemson offer. “I’m very excited about the Clemson offer. All offers are a blessing right now. I’m just taking my time to see what school best fits me. I’m looking for where I feel is best to develop me and where I feel most loved.”

Powers plays both ways in high school, lining up at running back on the offensive side of the ball. Powers is a very physical player, modeling his game after Hall of Fame linebacker Ray Lewis. What kind of player and student will a college be getting in Powers?

“Grades are very important to me,” he said. “As a player, I’m a tough, hard-nosed, hardworking player who will give you everything."

Powers is a very instinctive player, diagnosing plays early on and getting in a position to make a play or put his teammates in position to make the play. Powers does a great job of maintaining leverage and forcing runners back to his help. Powers shows off his speed and athleticism in coverage, closing space and making plays on receivers in the open field.

Powers is currently rated as a 4-star in the 2022 class by 247Sports, ranked as the No. 4 outside linebacker and the No. 1 player in Ohio.