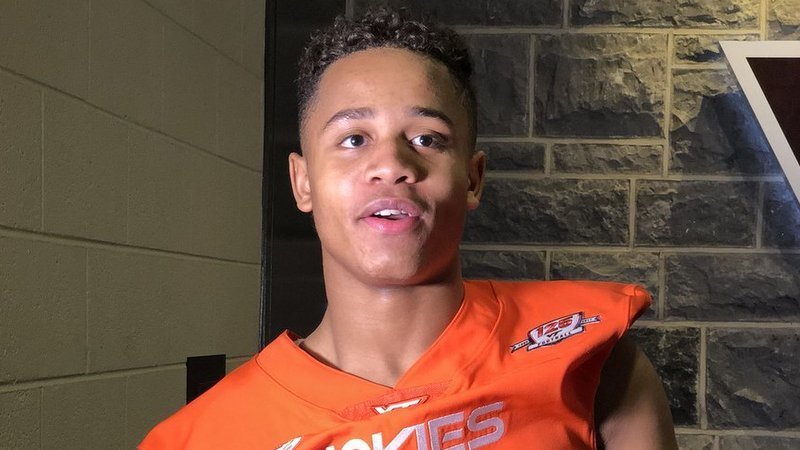 Hill will visit Clemson next week

Luke Hill, a 2020 four-star cornerback from St. Johns College High School in Washington D.C., plans to visit Clemson for Dabo Swinney’s high school camp next week and he wants to make sure it feels like home.

“I just felt like the process is coming to an end for me,” Hill told TigerNet. “My list of schools are a list of my favorites and the ones that I’ve taken to the most. They are schools that I’ve visited and that have shown the most interest in me.”

What has kept Clemson in the mix for Hill’s services?

“The relationship I have with Coach (Mike) Reed,” he said. “The fan base on social media and on Twitter. Also, me visiting soon because they are a good team. Whenever I talk to Coach Reed, it’s mostly football and life. He basically keeps telling me to keep working and keep working hard. He tells me to keep listening to my coaches and that he wants to come down for a visit and see how I like the school.”

Hill visited Alabama last weekend and will visit Clemson for the Swinney camp next week.

“I’m using the camp to get work with the coaches. I want to see the facilities and see if Clemson feels like home to me,” he said.

His relationship with the coaches – along with playing time – are both factors in his decision.

“Yes, definitely. Playing time is a main factor, but the main thing with Coach Reed is that Clemson plays with six DBs on the field at one time,” he said. “Playing time becomes less important when you know there are six DBs because there is more opportunity.”

Hill said he wants to make a decision by the end of August.

“I want to make a decision before the season starts. Clemson stands at the top,” he said. “They are definitely at the top along with Alabama and Florida.”