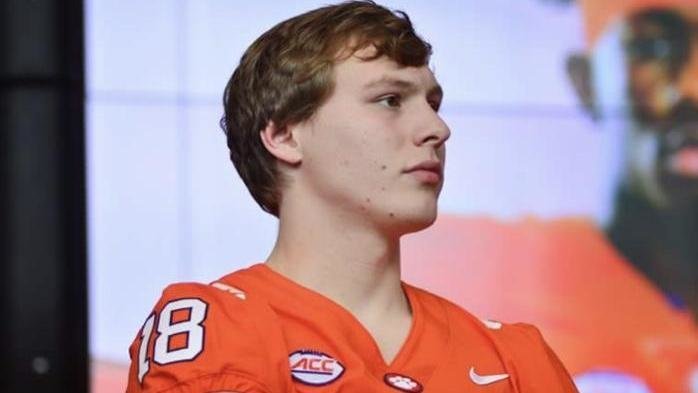 Batson poses with his family on National Signing Day

Ben Batson was driving home from school a few weeks ago, thinking about the recent transfer of quarterback Hunter Johnson from the Clemson program, when his phone rang. When Batson saw who was calling, he hoped it was the call he had been waiting to receive.

Batson earned a preferred walk-on spot from the Tigers after leading Dorman (SC) to a 12-3 record last fall, throwing for 1,792 yards (13 TDS) and rushing for another 1,201 yards (14 TDs). When the offer was extended, however, the Tigers were five-deep at the quarterback spot, and Batson was told he could compete at a safety spot.

With the recent transfers at quarterback, however, the coaching staff made a decision that made Batson happy.

“I was driving back home from Spartanburg, and I got a call from Coach Swinney,” Batson told TigerNet. “I kind of figured he was calling to tell me he was moving me back to quarterback because I heard Hunter (Johnson) had left earlier in the day, but when he said he was putting me on scholarship, I was pretty excited. I didn't see that coming. He just told me there's nobody else he can go out and sign and I'm the best person to fill in and be the fourth quarterback this year. I'm really excited and ready to get started in June.”

Batson is also the son of strength and conditioning coach Joey Batson and grew up around the Clemson program. 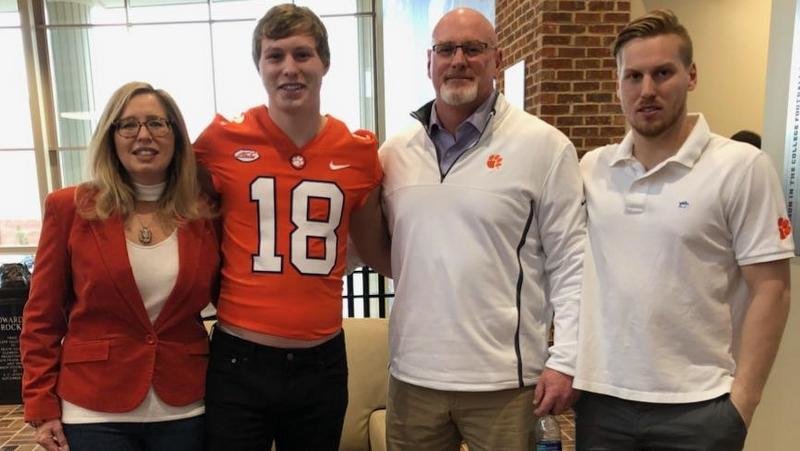 Batson poses with his family on National Signing Day "

“It's definitely a dream come true. Ever since I was little, I've always wanted to play for Clemson, so when he said that I was just super excited,” Batson said. “I'm really glad I didn't decide to go to a smaller school because I would've really missed out if I did that.”

Batson then said he would have played safety and been happy for the chance, but playing quarterback is his passion.

“I was going to do whatever he told me to do. I feel like I'm athletic enough to play any position,” he said. “I'm really glad I can stay at quarterback because it's what I've always done and it's what I love to do. It's good that I get to keep doing what I'm passionate about.”

Next up? Moving in and getting his arm back in shape.

“We move in June 24th and start classes on the 27th,” Batson said. “I've been running a lot, working out a lot and I started throwing again. I was worried about defensive stuff, but now I can go back to throwing and doing what I do.”

The chance to share the experience with his dad makes it even better.