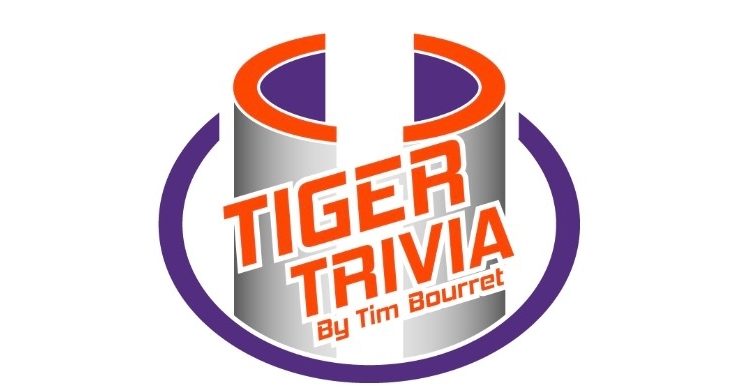 The app can be found in the Apple app store currently by searching 'Tiger Trivia by Tim Bourret.'

You may listen to Clemson legend Tim Bourret on the radio or follow him on Twitter, and if you do you realize the man is a treasure trove of Tiger information. But have you ever heard a Bourret stat and thought to yourself, “Hey, I knew that” and wondered if you know almost as much as the man they call Clemson Google.

Now you get the chance to see.

Bourret is a fixture not only around Clemson but in the sports world in general. A graduate of Notre Dame, Bourret has been a part of Clemson for over 40 years. For 24 years of that time, Bourret was the Sports Information Director. He then took over as the football SID when it became apparent the Tigers were on an upward trend and needed a full-time guiding hand.

He has authored several books and now works with NBC Sports as a statistician for its coverage of the PGA TOUR. However, it’s his encyclopedic knowledge of all things Clemson that enables Bourret to stand out from the crowd, and his Twitter account is a treasure trove of stats and figures and trivia.

With that mind, app developer Duke Lee, who grew up in Westminster and has twins at Clemson, reached out to Bourret with the idea.

“I am involved in another company that produces educational apps, and I've always thought that one day we could do an app and get Tim to produce the questions and content for Clemson,” Lee said. “I went online and got his email and one day he said, 'Let's meet.' And we kind of went from there and it's taken off.”

The app is called “Tiger Trivia by Tim Bourret” and can be found in the App Store. For now, it’s limited to iPhone users. There is a one-time cost of $2.99.

“We are not affiliated with the university, but we want to do everything we can to edify Tim’s career, bring attention to Clemson University and continue to show the power of the paw,” Lee said.

There are currently 13 topics with 20 questions in each topic. The next update will push the number of questions to over 280, and Lee hopes to add more topics and questions with each update. There are also audio files embedded in the app with Bourret telling behind-the-scenes stories, such as how William Perry was credited with a blocked punt despite not touching the ball.

There is another section that will be added that will include a scouting report on the football games, and users will be able to access that through the app.