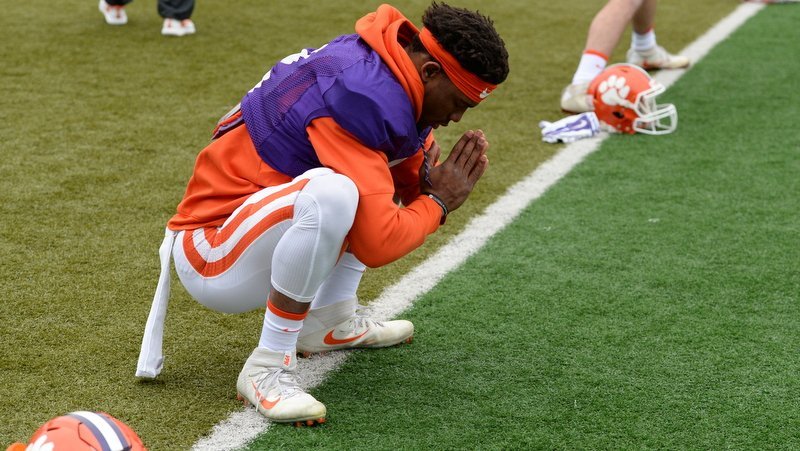 NEW ORLEANS, LA – The only disappointment in the Big Easy to this point has been the weather.

We arrived in New Orleans late Tuesday night, and while a majority of our time has been spent working, we’ve still had the chance to get out and explore the city. Here are a few of the sights and sounds through the first two days.

*We were out with a group Wednesday evening that wound up at Café du Mond for beignets (they were amazing) and there was a group of Clemson football players in the corner. The group was led by Louisiana native Travis Etienne and appeared to be many of the team’s younger players. As they got up to leave, however, I noticed that had on an older player on hand – defensive end Clelin Ferrell. I don’t know if that was accidental or intentional, but it’s good to see an older player out with the younger guys.

*Thursday’s interview session was interesting. One media member who covers Clemson called the Alabama players “little Sabans” because of their bland non-committal answers, but it’s obvious this Bama team is focused on beating Clemson. From Jalen Hurts using Clemson celebrating as his phone lock screen to the offensive linemen talking about how they aren’t going to have fun in New Orleans, this team is here on a mission. It will be interesting to see how they react Monday night if they face early adversity.

*The media shuttle took us to the airport to meet the team Wednesday afternoon, and they got us there about 70 minutes before the plane actually landed. Eighty or so media members crowded into a tiny building at the end of the runway, and the place quickly became a little too stuffy for me. Even though the wind was howling and the temps were falling, I sat down on the steps to talk to a few photographers. 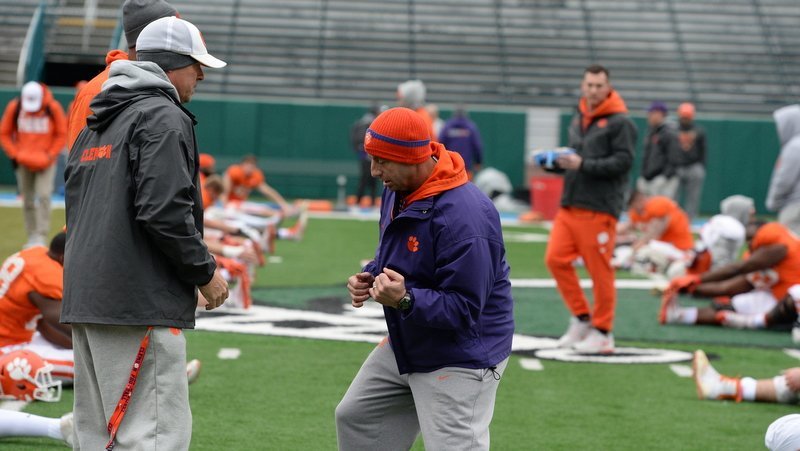 Behind me, two gentlemen from Alabama held a rather long conversation about Clemson (I always love these on bowl trips). The conversation centered on the audacity of the Tigers in daring to think they could beat Alabama again, and one man asked a simple question.

“What is the deal with Clemson? Where is the appeal? It’s not like that place is Tuscaloosa or anything. I know you’ve been there. What is the deal?” he asked.

His conversation partner told him that the best way to describe Clemson was to mention Auburn – a school with high hopes and money that occasionally has a good season. He echoed the sentiment that Clemson was indeed not quite as nice as Tuscaloosa, and then had the statement of the day.

“They just aren’t that talented, not talented like other teams Alabama has seen,” he said. “They have a few nice pieces, but that’s it. What they do have is a coach who has them believing they are better than they are, and that makes them dangerous. Imagine what he’s gonna do when Saban retires and he comes to Tuscaloosa.”

The things you hear.

*Clemson practiced at Tulane Thursday afternoon, and we were allowed to watch the first 15 minutes or so of the session.

This team is loose. Kelly Bryant and the usual cast of characters look like they are having a blast, and during the stretching exercises cornerback Trayvon Mullen appeared to talk some good-natured trash to Bryant. Bryant took it all in with a smile. 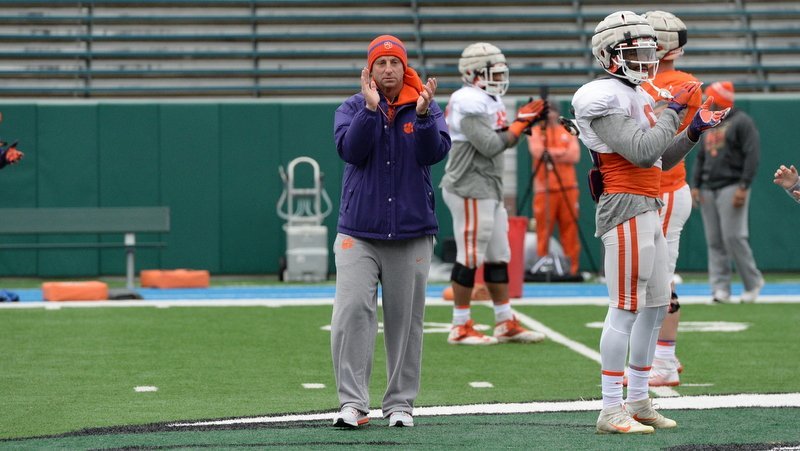 Swinney during the early part of Thursday's practice at Tulane

I wandered over to the wide receivers, and I have to admit, Tee Higgins continues to wow. He looks more comfortable than he did earlier in the season, and he has every tool it takes to be a dominant receiver. As I watched them run through drills, I thought about how Alabama will concentrate on Hunter Renfrow, Deon Cain, and Ray-Ray McCloud. Cain had a big play against the Tide last season, could Higgins have a similar impact Monday night?

*Alabama running back Damien Harris told the media Thursday that he doesn’t think Clemson’s defense was the reason Alabama struggled during the title game – it was all a lack of execution on the part of the Crimson Tide.