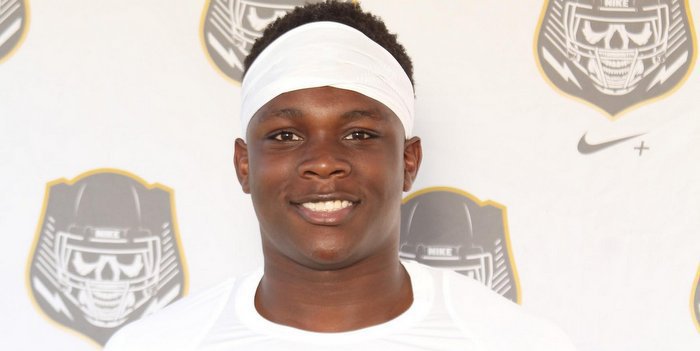 Mitchell says he wants to come back for a game

The nation’s number one-ranked inside linebacker for the 2018 recruiting cycle was on Clemson’s campus Friday, and the visit made him want to come back to see Death Valley on game day even more.

Teradja Mitchell (6-2, 247), out of Virginia Beach (VA) Sullivan kicked off a three-stop southern football tour Friday morning with a stop in Clemson. After traveling through the Upstate of South Carolina, Mitchell will head to Florida State and Alabama.

Mitchell told TigerNet after the visit that it was everything he hoped it would be, even if he didn’t get to meet the architect of Clemson’s recent football success.

“It was fun. I loved everything about it,” Mitchel said. “The vibe of the coaching staff was great. They are like a real family, and the campus is awesome. Unfortunately, I didn't get to meet Coach (Dabo) Swinney because he's out of town. But, it’s a great program and school overall. I will be back.”

Mitchell says he wants to come back for a game "

"We've really just started talking," Mitchell said. "He's been by my school a few times. It's kind of a new relationship, but we are starting to bond. He was preaching to me how Clemson is a family, and they have no intention of using they're players for just football. They coach the players up for the rest of their life and life after football as well.”

“I enjoyed talking to the coaches and taking a tour through their up and coming football facility. It's going to be awesome,” Mitchell said.

The visit was Mitchell’s first to the Clemson campus and his first in-person look at Death Valley.

“It was awesome,” he said. “I can’t wait to get back here and see what it looks like with a game day atmosphere. Clemson is one of those schools I can see being at the top of my list because of the product they put on the field defensively.”