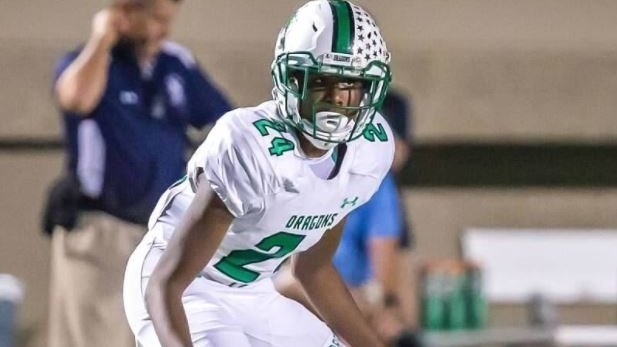 Mickens says Clemson is one of his top schools

After Saturday’s junior day, Clemson took a big step toward landing one of the top Lone Star State prospects.

Very rarely – if ever – have the Tigers won a Texas recruiting battle, but with RJ Mickens high on Clemson, that streak might end.

The 4-star safety out of Southlake (TX) Carroll is listed as the top prospect at his position according to Rivals and is No. 58 in the ESPNJR 300. He made his return trip to Clemson with his parents for this past weekend’s junior day and returned home with the Tigers at – or near – the top of his list.

While Mickens has visited Clemson a few times before, last weekend’s visit allowed him and his parents a glimpse at how the Tigers practice and prepare.

"I thought it was nice. This was like my fourth time going there so I can be comfortable talking with the coaches," Mickens said. "This was my first time seeing a practice, so I got the behind the scenes look at coach (Mickey) Conn, coach (Mike) Reed, and coach Dabo. (Swinney) They play a lot of different types of coverages. It's a very multiple defense. In practices, of course, they are going up against some of the best receivers and the best quarterback."

The thing that stands out the most to Mickens is Clemson’s recruiting practices.

"They've got top ten facilities and top ten coaches," Mickens said. "They don't always recruit the highest rated, but more so like the highest character. They want character, too, and highly rated. It's more than just about getting a top person with a bad attitude.”

Mickens holds nearly 30 offers from all across the country including Georgia, Miami, Notre Dame, Ohio State, Oklahoma, Penn State, Stanford, Texas A&M, and Wisconsin. With a decision coming at some point before his senior season, Clemson is sitting in a great spot.

“I just like the atmosphere of the people there. They are one of my top schools, if not the top,” he said. “I like Clemson a lot. I look forward to making a decision soon. Clemson is definitely high up there on that list."

Mickens earned Class 61 second-team all-state honors with 99 tackles and 13 pass breakups in 2017. He posted all-district honors as a freshman with 32 stops, 12 pass breakups, and three interceptions.