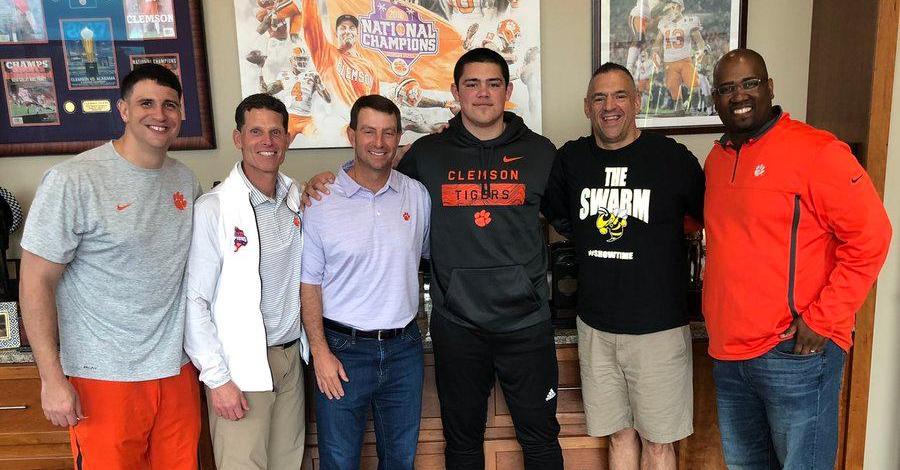 Clemson isn’t for everybody, but the dad of one of the nation’s top recruits wishes every player had the chance to see what the Tigers are all about.

Bryan Bresee is the 2020 defensive line prospect out of Damascus, Maryland, who is the No. 2 player nationally on 247Sports. Bresee committed to Clemson in April, and his parents were behind the decision.

TigerNet sat down with Rich and Megan Bresee at The Opening Finals last week in Dallas and talked about the recruiting process, the decision to come to Clemson, and they gave insight into who Bresee is as a person and what turned him into one of the nation’s most heavily recruited prospects.

This is the first in a series of articles detailing Bresee and his recruitment.

Rich Bresee oversees the refurbishment and upkeep of about 450 rental and commercial properties around the District of Columbia and southern Maryland. His job allows him to travel with his son on visits to different schools and the myriad recruiting events across the country.

As a result, he was on campus at Clemson with Bryan in April when his son made the decision to attend Clemson.

“We were involved in every aspect of the recruiting process. We went to schools with him, we talked about places we thought he might be comfortable, and from the very start we took distance out of it,” Rich Bresee told TigerNet. “It didn't matter if it was a one-hour drive or a five-hour flight, And we weren't going to sway him in any way as he went through the process. I think when it came down to the end, for Bryan, it was a grind. For these kids, it's a lot of time. They have a lot of work to do and a lot of work to put in. They are going to school full-time and playing Division I sports full-time, and they have to love where they are.

He says he knew which school Bryan would choose before his son came out and said the words.

“We probably knew a while before he actually came out and said it. We had talked about it and he had asked about it and whenever we would ask him where he was at, he would say, 'What do you guys think about Clemson?' So it always came back to that,” Bresee said. “We were down there for the spring game and that night we were hanging around. We were more and more comfortable with everything at Clemson. We had some other official visits set up. Bryan and I were sitting in the hotel room and it was late - 11 or 11:30 - and we were talking about if it was really necessary to take these officials or was it really necessary to go anywhere else.

“At that point, he knew. We FaceTimed Megan and talked to her a few minutes, and we just hugged. We were very excited that it was finally over and Bryan had made his decision and through with the process and was where he wanted to be. And then the next morning we met with all of the coaches.”

“Bryan and I were down there for a visit before the spring game and we were in the defensive line room breaking down film with Coach Bates and Coach Venables and Miguel Chavis and then all of these defensive linemen come in the room just to hang out. And Coach Bates had to run them out of there. That just speaks volumes. These guys have just finished a workout and they want to hang out and pal around. We are extremely comfortable with the men those guys are and how they will continue to develop Bryan both as a football player and as a man.”