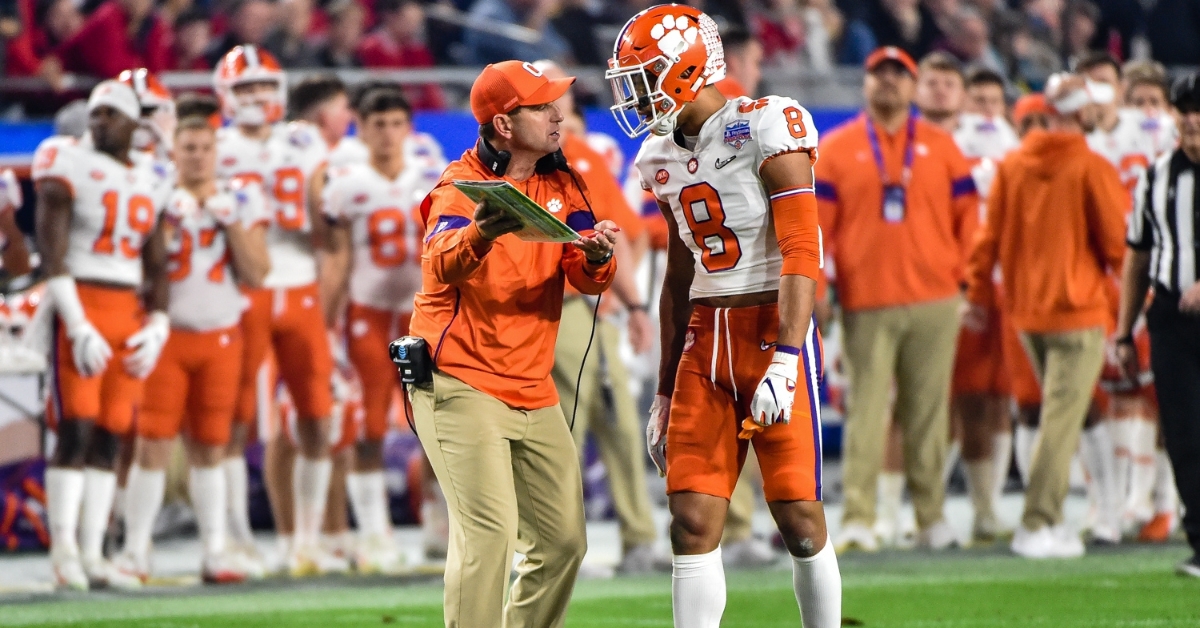 Clemson head coach Dabo Swinney is more than a CEO

Fans of opposing teams like to think that Clemson head coach Dabo Swinney is simply the CEO of the 29-0 Tigers, but that couldn’t be further from the truth.

As a matter of fact, ESPN analyst Kirk Herbstreit said Swinney would probably take offense to being labeled a CEO.

“Dabo would come off the top belt on CEO,” Herbstreit said during a media call earlier this week.

Herbstreit and co-commentator Chris Fowler were asked about a shift in philosophy from hiring a hands-on type like Alabama’s Nick Saban to CEO types like Swinney and LSU’s Ed Orgeron.

Herbstreit said the thought that Swinney is a CEO of his program is wrong.

“You know, I think it just depends on how guys come up, and I don't think there's necessarily a certain way guys are coaching, whether it's a CEO or hands-on,” Herbstreit said. “I think it's what you learned as a coach, as an assistant, and then eventually as a coordinator, and what you're most comfortable with. If you go to a Clemson practice, I don't think you would look at Dabo as a CEO type of coach at all. I think he's right in the middle of everything that they do.”

If you ever attend a Clemson practice, you’ll see Swinney actively working with the special teams but also channeling his inner wide receiver coach as he works one-on-one with the wideouts, something that Herbstreit said is true of a lot of coaches.

“In fact, I think most head coaches today, they can't get that assistant coach out of them, that coordinator out of them,” Herbstreit said. “Now, most of them, the successful ones find a balance between -- I don't have time to be what I used to be, what got me this job, but at the same time, I don't think we're heading -- personally I don't think we're heading in a direction because there's a certain couple of examples of guys that are kind of being labeled as CEO versus being hands-on.”

Fowler echoed Herbstreit’s sentiments saying that Swinney is much more involved in the game planning and in the play-calling than many think.

“I would second that. I'm glad Kirk mentioned that,” Fowler said. “Dabo is not a CEO. He handles every facet of the job in a very hands-on way, but he's involved -- he would whistle at that label for sure. He's very involved on the headsets offensively and special teams and other things, too.”

Orgeron hails from an offensive line background but he and Swinney aren’t that much different when it comes to how they handle their programs.

“And you might be surprised; Coach O is right down there, works with the offensive linemen,” Fowler said of LSU’s head coach. “He's not obviously the offensive play-caller, and he's got extremely skilled coordinators, but you can't get all the assistant coach out of these guys. Coach O is at heart an old line coach and is still involved in that aspect.”