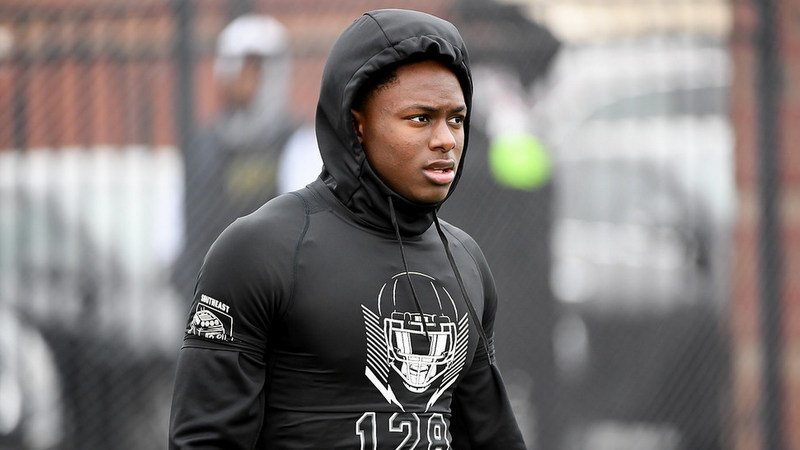 DeLoach hopes to be back on campus for the spring game

Three-star outside linebacker Kalen DeLoach is set to make another visit to Clemson for the spring game.

DeLoach, a 6-1, 205-pound linebacker out of Savannah (GA), recently visited Clemson for junior day on March 3 and will return to Clemson for the spring game as an unofficial visit.

DeLoach has obtained over 20 offers from schools, including Alabama, Auburn, Michigan, South Carolina, and Clemson. DeLoach is being recruited by Clemson defensive coordinator Brent Venables, who stays in constant contact with the recruit.

“I hear a lot from them, we text every day, I text coach (Brent) Venables, coach (Todd) Bates, and then when we come visit the campus, and the spring game, and stuff like that,” DeLoach told TigerNet at Nike’s Opening Regional.

When asked about Venables specifically, DeLoach discussed his growing friendship with his possible future coach.

The thought of playing for what is considered to be one of the best defensive coordinators in the country appeared to be prevalent to DeLoach.

“I can see him getting me better and putting me into the next level,” he said.

“No sir I don’t think so,” DeLoach said when asked about the possibility of being an early enrollee. “People tell me you gotta enjoy high school, so I wanna enjoy it.”

The core bases of the school he attends has also been laid out.

“It’s going to be about all of it really, relationships, family, and I want to get better at football, and I want to get a good education, just in case football doesn’t get me all the way, I would like to have a job after that,” DeLoach stated.

Next up is a visit to Clemson for the spring game on April 14.

“Yeah, I should make it, I got to see what my pops wants to do, if he says yes then yeah. I want to see the great atmosphere,” he said.

However, he will not be making a final decision until the end of football season.