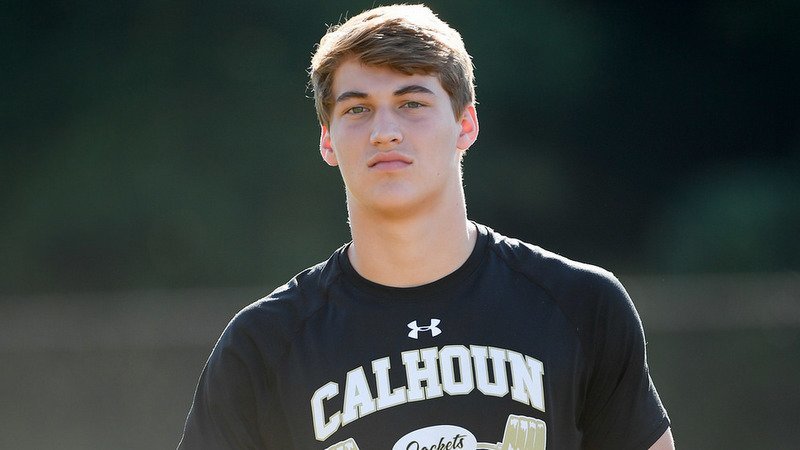 Allen, a 3-star 2019 tight end out of Calhoun (GA), announced a commitment to Clemson via social media on Sunday. Allen added a Clemson offer while impressing coaches at Clemson's camp this week.

Allen is the teammate of Clemson 2019 receiver commit Brannon Spector.

“It was just the right fit for me. I went this past week to a camp and on a visit with my dad a few months earlier,” Allen told TigerNet shortly after the announcement. “This past week, my mom and my dad both got to go with me. I think it was just the right fit for me. It felt like home. I love the coaches. I think it just means more than football. They care about you beyond football. It sold my parents and it definitely sold me, so I couldn’t be more excited.”

Allen said he came to camp hoping for an offer and got exactly what he was looking for.

“In the back of my mind, I was hoping for an offer, but I think it was more of just doing good and sticking to myself. I wanted to show that I was coachable,” Allen said. “I wanted to do whatever they asked me to do 100-percent and how they wanted it done. I wanted to make a good impression and I think I did that, so it was pretty good day Wednesday.

“Coach (Danny) Pearman and Coach (Brandon) Streeter both talked to me and my parents and that’s when they said that they were going to offer me. They said I checked off the boxes for them and that I would be a good fit. It was nice and simple.”

Allen’s father, John, played football at Georgia and his brother played defensive end at the Air Force Academy, so he’s had help in the decision-making process.

“My dad actually played football in college and he said that the fireworks were going off and that I should take a few days and pray about it and let everything settle and go from there to see how I feel,” Allen said. :That’s what I did and I never really got off cloud nine.”

Once he knew where he wanted to go, all that was left was calling up the Clemson coaching staff.

“I talked to Coach Streeter, Coach Pearman and Coach Swinney,” Allen said. “Coach Swinney said he was excited and that he was pumped up and he’s ready to get this thing going. He was making sure that I knew what being committed meant and that he was really looking forward to getting things started.”

Great Day to be a Clemson Tiger!!! #ALLIN