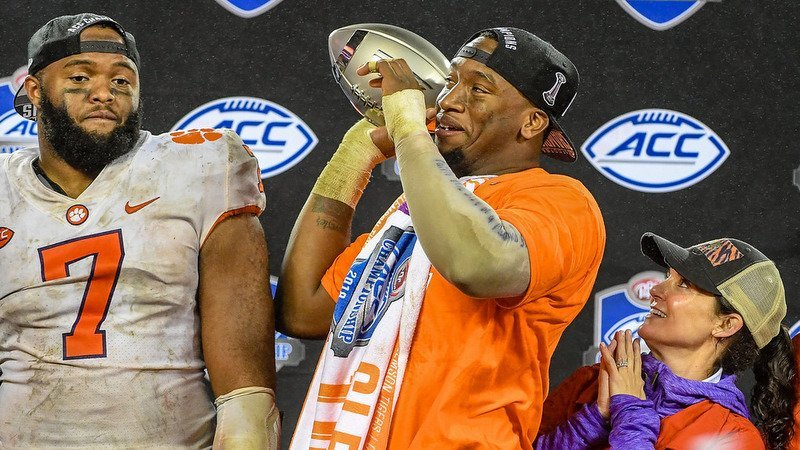 Clelin Ferrell saw it all and did it all during his Clemson career. From prospect to starter to team leader to potential first-round draft choice, the youngster that came out of high school full of potential has turned into a man with the world at his feet.

Ferrell was a highly-regarded defensive end prospect out of Virginia when he tore his ACL the week before his senior season. Ferrell was chasing the quarterback during the third quarter of a scrimmage when he felt his knee pop, and he spent the next six months in rehab. After the injury, many college coaches backed off of Ferrell’s recruitment, but Clemson defensive coordinator Brent Venables stuck with Ferrell and earned a commitment.

Ferrell arrived on campus full of promise and naivete.

“When I was in high school and I tore my knee up, I thought I was a very good high school player. I felt like I was underrated,” Ferrell said. “So, I feel like going into college, I was going to have a good showing in my freshman year but when I tore my knee up, it was kind of like, okay, I'm going to get that rehab in and I was going to go in and have a good freshman year. But what I feel like it really taught me the most is that I wasn't as good as who I thought I was because when I got to college, I didn't know who (Shaq) Lawson and Kevin (Dodd) were.

“So, I'm thinking, the starting job is up for grabs, big somebody just went to the NFL and Crawford is gone that I thought, I might get a chance to play a whole lot early as a freshman. When I got there, I was healing and everything and I thought, dang, I wasn't the player I thought I was. It humbled me and taught me about I had to learn my position and learn the game of football. Because there I was out there running around, making tackles, high school stuff, but I really had to learn how to rush the passer how to play with my hands, how to have that mindset of physicality that you need to play at this level.”

Ferrell redshirted his first season in 2015 but shared defensive rookie of the year honors with Dexter Lawrence in 2016. Along the way, he learned to be the leader a young defensive line needed, and that led to some teachable moments.

That includes the time that freshman defensive Xavier Kelly showed up with bruises from a moped accident. Instead of love, Ferrell dished out tough love.

“It's a lot of them just stuff they get in trouble you know what I mean, and the reasoning behind it will just be something, the most naïve stuff you ever heard in your life. Like it's ridiculous,” Ferrell said of the younger players. Instead of trying to hug him up, I was like, ‘Hey, you’re not supposed to be out past curfew, slappy. He was like, ‘Why are you being mean to me? I got bruises all up on my head.’ But I’m like, ‘No, you weren’t supposed to be out past 11.’ It’s just stuff that gets on your nerves like that. But you gotta love ’em up here and hold them accountable.”

Ferrell elected to forego his final season of eligibility and enter the NFL Draft, and many draft pundits see him having high first-round potential.

“I feel like I stop the run very well. I play the pass very well and I feel like I can drop into coverages well and I wouldn't say that came with me, you know, working on those things,” Ferrell said. “I kind of was just thrown in that position through Coach Venables and our defense, how multiple we are and he forced me to really learn those things and I had to take on that mindset of, I can do any of this stuff.

“I've really got to focus and try to get better at it and that's what I feel like over the course of my career that I've done. Hats off to him and everybody that's put me in those positions to get better and become the player that I am. I feel that's what sets me apart, just how virtual I am and my mindset, as well. I've played against the best of the best and I've done it consistently, I've done it at a high level. It just goes back to that, you know, nothing really too crazy.”