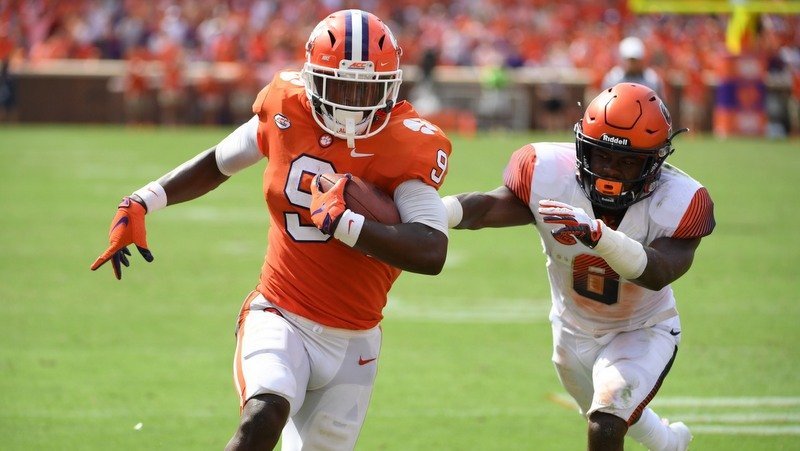 Travis Etienne was crucial in last year's win over Syracuse.

CLEMSON – Syracuse gave up a whopping 650 yards of offense to Maryland, a total that included 354 yards on the ground and 296 through the air. The Terrapins averaged almost nine yards per play, and it doesn’t get any easier for the Orange defense as they welcome Clemson to town this week.

"It's going to be loud. Contrary to what you may think, it's going to be loud. It's going to be hostile," Elliott said. “We have to make sure that we block out the noise, we focus on ourselves, and we've got to throw what happened last week out the window. This is a team, I think at that time they ended up that season maybe not having a winning record, and they beat us up there on a Friday night. So this is a team that is confident, right? They feel like they played with us last year. They beat us a couple years ago. So this is a team that you can't look at what happened to them last week, and think you're just going to walk in there and they're going to lay down.

"They've still got everything on the table for them. This is a division game. They're undefeated in the division just like we are. So this is going to be a situation where we've got to control what we can control, not get distracted by anything other than coming from the outside, and just know that these guys are going to come to play, and it's a very very good football team despite maybe the outcome last week."

The Orange like to load the box and stop the run, which means quarterback Trevor Lawrence and the receivers will need to step up. 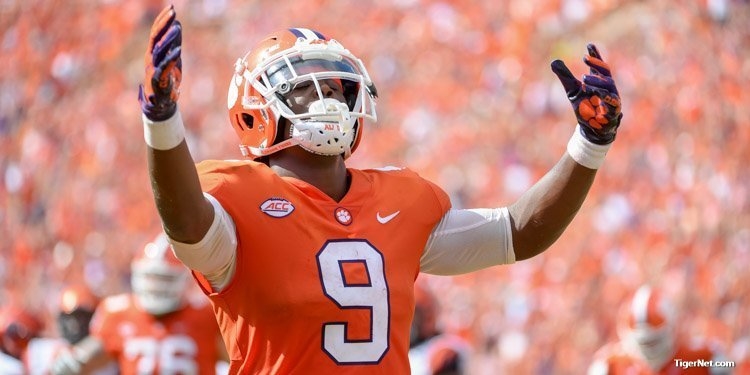 Travis Etienne was crucial in last year's win over Syracuse."

“Well, I think the way they're structured, that's what they want to do," Elliott said. "They want to be an eight-man front team. They're going to play a one high structure, get that safety, or that nickel/sam in the box, try to get to at least a three-man box or a four man box with the backers and the safety down there. So they're built to stop the run. They're going to make you beat them with the pass, make you be patient to go down the field.

"I think the two defensive ends that they have are as good as we're going to see in this league or at all this year. And their back, they've got a lot of experience. They played against us for several years, so they're going to be confident."

Elliott said Syracuse has more football tradition than many fans in this area know about, and because of that pride and tradition, he expects a hostile environment.

"What I remember the first time going up there is there's a lot of tradition that you may not know about Syracuse football, being where we are," Elliott said. "But you know they've got the placards of their players up on the wall. So you kind of see that oh man, these guys have got some tradition. They've got some pride. Their fans get into it. They do a good job of creating some noise when they can, just like we do in our stadium when their defense is on the field. And again, it gets louder than what you would think, being that the noise is trapped in there. So it's going to be a hostile environment. It's homecoming for them, so they've got a couple things that they're playing into."