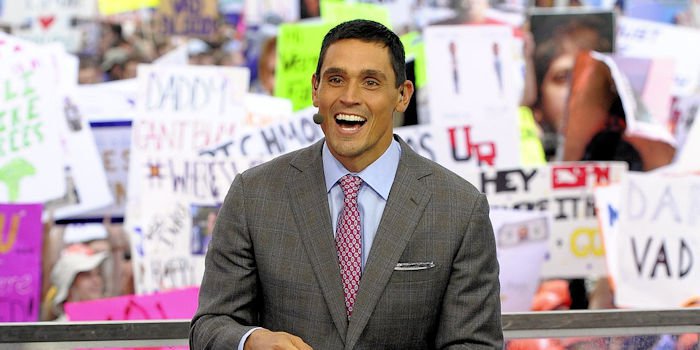 David Pollack thinks the weather will play a factor Saturday

CHESTNUT HILL – It’s cold in the Boston area, and supposed to be even colder Saturday night when No. 2 Clemson takes on No. 17 Boston College in a primetime ACC matchup. One GameDay host thinks the weather will affect the Tigers and play to the advantage of the host Eagles.

Members of ESPN’s College GameDay crew met with the media Friday morning, and David Pollack said he thinks the weather is all on the side of the Eagles.

“Advantage Boston College. I'm 100 percent serious,” Pollack said. “If the weather's bad or sloppy or cold, Clemson's not used to that. That's a good deal when you got a passing attack like that. Y'all's (BC) passing attack ain't setting the world on fire regardless. So I think anytime you have bad conditions like it kinda evens the playing field a little bit—stop it, slow it down, let A.J. (Dillon) get five yards here and there, set 10 yards and run the sticks and hopefully get some three-and-outs. Listen, Trevor Lawrence had to play a lot of road games. You've had some adversity for him early, maybe make a few big plays and make something happen.”

Pollack said no one knows what to expect out of freshman quarterback Trevor Lawrence,

“Well if he hasn't done it, I don't know if I can say definitely he's gonna suck at it or he's gonna be good at it. I think it's gonna be like: How does he look? I think he'll be fine,” Pollack said. “If this was a month from now or a couple weeks from now, it might help Y'all even more, when it's freezing and you can't feel your hand. Listen, he's on a tear, and they're on a tear. You can see why the switch was made for Clemson. You can see that this offense has changed and it's more potent than it's been in a long time. They stretch the field, they make you play all over the place.

“So it's going to be a tremendous challenge for Boston College's defense to keep him off-balance. You gotta hit him, you gotta keep him frazzled, limit (Travis) Etienne. Etienne's been great, people don't talk about him enough. Travis Etienne's been awesome all season long. It's funny, I was looking at the two running backs and they're both great running backs. Very different styles. One's kinda make-you-miss, dynamic, electric speed. The other one is big, strong, break tackles, physical. I think the weather mixing it up maybe makes Clemson a little more beatable.”

Desmond Howard said he thinks the weather will be a factor for Lawrence and the Clemson passing attack.

“I think it should affect him somewhat. We are going to get a chance to see it. No one knows, right? He's never played in this type of weather,” Howard said. “I think the offensive coordinators, they're going to have to try and figure out if the wind's in their face, if the wind's at their back, are they going to take a shot downfield. All those things are going to play into the game plan tomorrow night.”

Rece Davis said he wasn’t sure the weather would affect Lawrence.

“He's never been north of Virginia, I'm not even kidding. He's been to visit his grandma in Virginia, now he's here,” Davis said. “But contrary to popular belief, some of the December playoff games in the state of Georgia in high school are cold. So it's not as if he hasn't played in 35-degree weather. So unless it gets snowy or really windy, I don't know that the weather will play a huge, huge factor on Saturday night.”

WHAT BC HAS TO DO TO WIN

POLLACK: “I think they gotta run the football, they gotta eat clock. That's No. 1. And I don't know if they can do it. If you go back and watch the tape from last year, it was a close game in the fourth quarter and then it ended up being a runaway. They didn't run the ball effectively, you know, Dillon struggled big-time. He had two really decent runs—I watched the game again last night—he had two good runs probably. Clemson: hyper-aggressive.

Boston College has to have a passing attack. [Clemson] ran corner blitz a ton last year in this game. And they're going to do it again. They played man coverage almost every single snap. They stunted, they moved up front. And it's gonna be the same. So can you make plays downfield in the passing game? That will decide whether this offense is going to—you gotta run? Yeah, but you're not going to run on that defensive line consistently.

That's a bunch of adults. I mean, you can double team, and they can still split it and make plays. They're so good up front, so if you can't pass the football, it's going to be a long night.”

WHAT MAKES THE GAME COMPELLING

POLLACK: “Well, it's one of the last chances Clemson has of slipping up. So I think people that are cheering for their teams to get in the College Football Playoff, there will be a lot of teams cheering hard against Clemson. Boston College obviously proving what they've earned so far this season, people are going to look at them and go, "Are they for real?" No. 17, top-20 team in the country. Can they prove it against the second-best team in the country, you know, according to most people?”