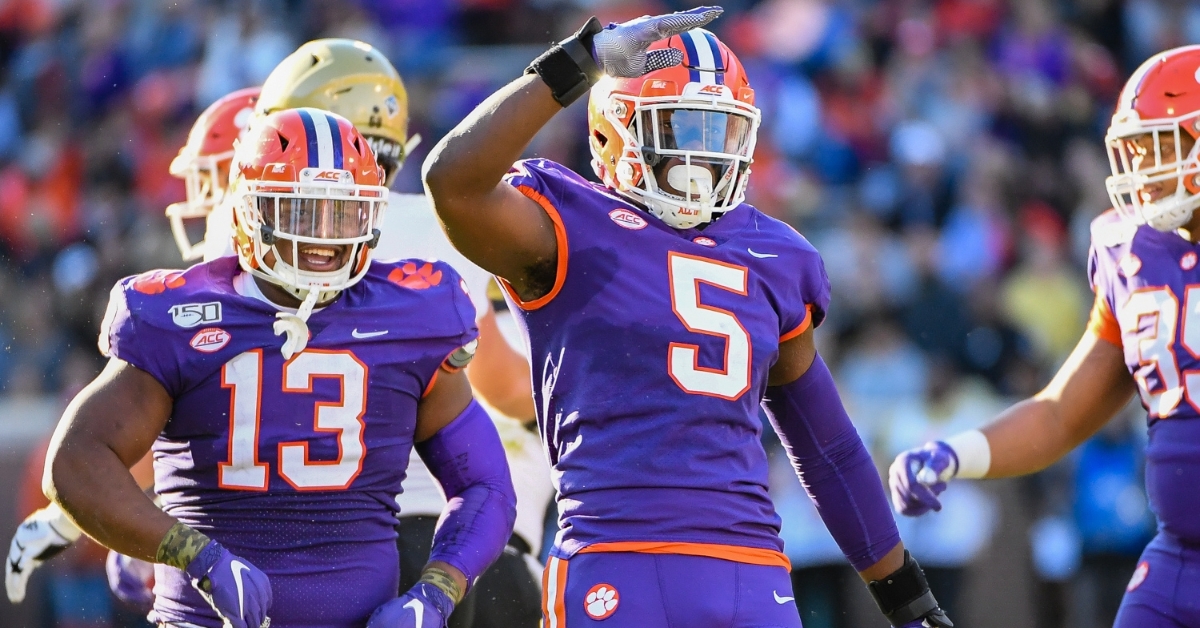 Head coach Dabo Swinney says the nation gets amnesia each year when it comes to his Clemson football program and its schedule. And they win anyway.

The initial College Football Playoff rankings will be released Tuesday night and college football pundits across the country feel like Clemson might not belong in the conversation as one of the nation’s best teams. Why? The Tigers’ schedule.

Swinney said he can’t control the schedule and for all of the people moaning and whining about the teams Clemson plays, and he put out a quick reminder that it’s the same schedule Clemson plays each season.

“No. Our schedule is the same as it's been the entire time I've been the head coach here,” Swinney said on his Sunday evening teleconference. “We play eight conference games every year, we play two FBS (Power 5) teams every year (except for when we played Notre Dame), and we've played one in-state FCS team and one other Division I team. That has been the same schedule we've had every year since I've been the head coach. I can't control what every individual team is from year to year. We just play the schedule.”

Swinney said the conversation regarding the Tigers’ pedigree is the same conversation he’s heard every year and he wonders if those pundits develop a case of amnesia each season.

“There is a lot of conversation every year for us, and we try and control what we can control and get ready for the next game and get to postseason and play whoever they tell us to play.”

Clemson improved to 9-0 on the season with Saturday’s 59-14 victory over Wofford and Swinney says his team is playing its best football at the right time.

“We won in the trenches, running the ball effectively. I am really proud of our team. It was really a history-making day for our team in so many ways,” Swinney said. “So many things that this team has accomplished this year. We have had a lot of good teams and a lot of good offenses and we've never had one have four games with 600-plus yards. And four games of 45-plus points. And how we've been running the ball...the offensive line has been outstanding.

“I am proud of what we are doing. Heading into game ten here, I think we are in a good place. Heading up to Raleigh this week, always a tough place to play. They do a great job there. For us, it's about continuing the momentum and playing well and staying on track to achieve our next goal and that is to try and win this division. That is solely our focus and I expect we will have a great week of practice this week.”