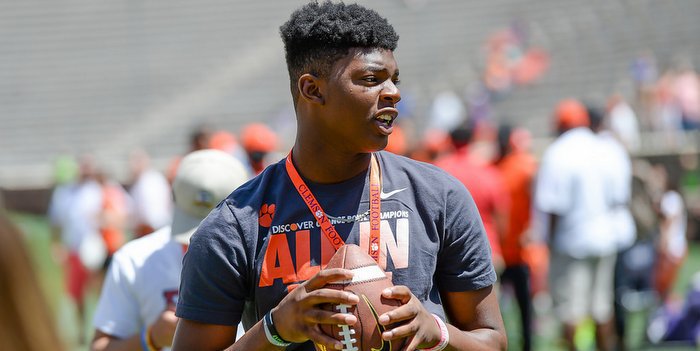 If you want to be the next Deshaun Watson, it always helps to get a little advice from and work out with someone named…..Deshaun Watson.

Jonesboro (GA) dual-threat quarterback and 2016 Clemson signee Zerrick Cooper makes no secret of the fact that he wants to be the next Deshaun Watson or that Watson’s success in Clemson’s offense was one of the things that made Clemson attractive.

In just a few weeks, Cooper will get the chance to work out with Watson, a 2015 Heisman Trophy finalist who figures to make another run at college football’s most prestigious award. In fact, the two keep in regular contact.

“I just talked to him about 15 minutes ago. He's coming down sometime this month, and we're going to work out with each other,” Cooper told TigerNet Thursday evening. “It means a lot that he can take time out of his schedule and come work with an up and coming quarterback that's coming behind him. It just means a lot just being under his wing and being able to learn from him. I can learn a lot to prepare for my future.”

Cooper was on Clemson’s campus last weekend for the annual Orange and White Game, and his eyes were, of course, focused on Watson. 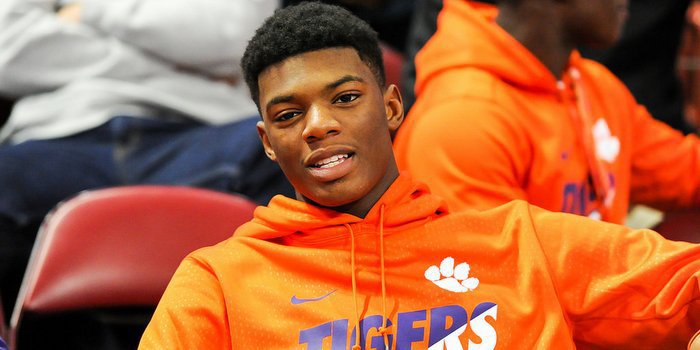 The spot to be Watson’s backup in 2016 is still up for grabs – Kelly Bryant and Nick Schuessler are expected to battle into fall camp – but Cooper said the coaches are telling him to aim to be the starter in 2017.

“They just told me that after Deshaun leaves that the spot is pretty much open,” he said. “I just have to come in and compete and work hard. I'm hoping to come out with the outcome that I'll be the starting quarterback and live up to the name of being the next Deshaun Watson.”

As a result, Cooper said that while he would love to play this season, he also understands that a redshirt year would be beneficial.

“I think it would be a good year for both because I can learn the system,” he said. “But at the same time, I can play behind Deshaun and see what it takes to actually lead a college team and what it takes to be a Heisman candidate. I can see all of the dedication that he has for the game.”

Cooper told TigerNet that he is already qualified and will enroll at Clemson over the summer. Until then, he’s working out and already thinking ahead to the time he’ll be on campus with Watson.

“Right now I'm just laying low and resting up to get ready for workouts,” he said. “I plan to continue working out through the summer with Deshaun and the team and the receivers that we have coming in. That's pretty much it. I want to get stronger.”