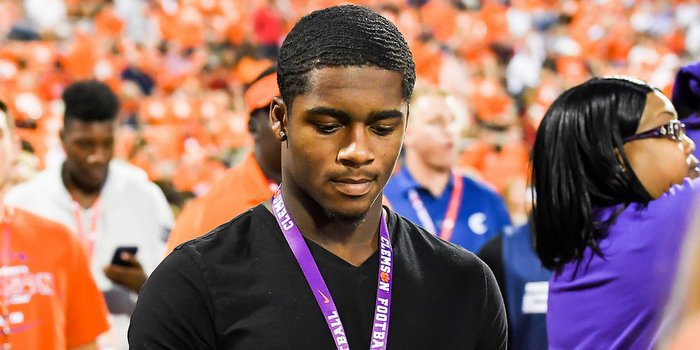 One of the region’s top running backs for the 2019 recruiting cycle has Clemson high on his list, and he hopes to be back on Clemson’s campus this summer.

Devyn Ford, a 4-star out of Stafford (VA) North Stafford, has made several trips to Clemson's campus. Most recently, it was a trip to see Clemson’s new football operations center as part of the Tigers’ junior day. While on that visit, he spent time with running backs coach Tony Elliott.

“But I've built a good relationship with Coach Elliott. He's a cool and laid-back guy. He is very easy to talk to. When I was there for junior day, I spent a lot of time with him and asked him a lot of questions.”

Ford earned running back MVP honors at a Rivals’ camp last weekend, and he told TigerNet he felt like the camp showed he is the type of back that can run with both speed and power, can catch the ball out of the backfield and block when needed.

He also feels like he is a fit for what Clemson does offensively.

“I feel like I can do it all. I feel like I fit in well with Clemson's offense because it's similar to my high school's offense,” he said. “They incorporate the running back quarterback run game like we do.”

Ford said he was blown away by the new football center.

“The locker room was probably my favorite part,” Ford said. “You meet in the middle, and then everybody has their own area or cubicle area. And of course, I like the slide. The slide is very fun.”

However, Clemson is still right there at the top.

“It's pretty open. Right now everybody is the same, but Clemson is high with me,” he said. “Their history of course, and what they've done the last couple of years. They went to the National Championship and then came back the next year and won it.”

“I am hoping I can get back to Clemson for one of their camps in June,” Ford said. “Other than that, the only other visit I have scheduled for this summer is to North Carolina for their Freak Show.”