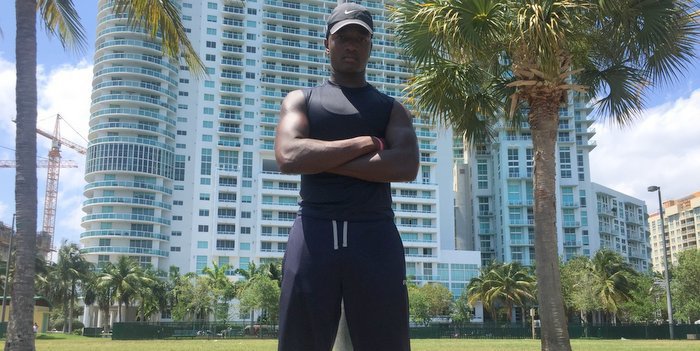 Mikel Jones says Clemson is his number one choice.

As a kid, Mikel Jones would beg his grandparents to take him by Clemson’s iconic Death Valley on their long trips from south Florida to North Carolina in hopes of one day attending Clemson University.

The 2019 Hialeah (FL) Champagnat Catholic defensive end is one step closer to realizing his dream after being offered a scholarship earlier this week.

Jones spoke to TigerNet shortly after receiving the offer and said he was still in disbelief that a team that just appeared in the national championship would dispense an offer to such a young player.

“It's crazy. I was very shocked and surprised when my coach told me that I had been offered,” Jones told TigerNet recently. “I didn't even know that they would come down to Florida and offer class of 2019 students.”

It was his sister and the long car rides with his grandparents where Jones initially learned about Clemson and its football program.

“It's a school that I've paid attention to. Coming up, my sister - who is four years older than me - she wanted to go to Clemson, but she ended up staying in state,” Jones said. “I always wanted to go to Clemson with her. I've been near the school because I have family that lives in Charlotte, North Carolina, so every time I go I ask my grandparents to take me by Memorial Stadium. I'm very aware of Clemson, and I really love Clemson.”

The 6-2, 205 prospect paid close attention to Clemson last season, especially how Brent Venable and Marion Hobby use the defensive ends.

Mikel Jones says Clemson is his number one choice."

“I was rooting for them in the national championship. The school is amazing. The football program and the coaches are even better,” he said. “I hope I get to play with them some day. I understand that a lot of people can play college football on a lower level, but a lot of people can't go to a major college program or to the NFL, so that's a big thing. The defense players at Clemson play college football and go to the next level.”

The recruiting process is just beginning for Jones, who claims offers from Clemson, Iowa State, Southern University and Temple; however, one school is already standing out.

“I'm going to try to go to one of the camps because I have family in South Carolina, and I visit there during the summer,” he said. “Right now, if I had an option to go to Clemson, I would probably go. They are my number one choice right now.”

Extremely blessed to receive an offer from One of my dreams school, Clemson university ?????????? pic.twitter.com/teCWuviEEf