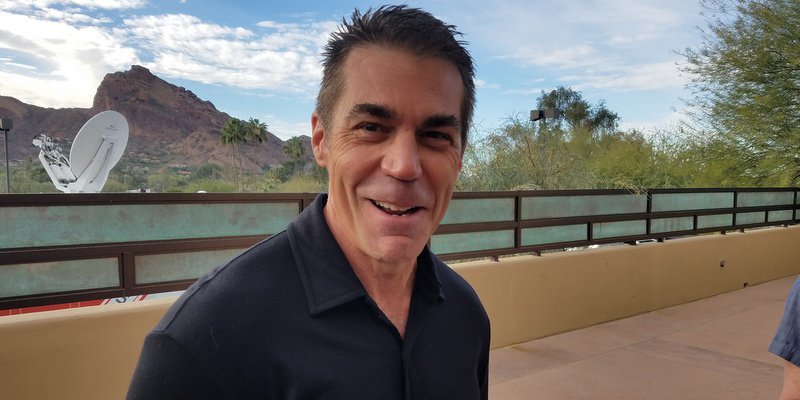 Fw=owler talks to the media Thursday

PARADISE VALLEY, AZ – The film and the images from the punch are dark and grainy at best, but the memories of a fateful night in the Gator Bowl are as clear as the ramifications it engendered.

The Punch. It will live forever in the minds of Clemson and Ohio St. fans, the night when Buckeye coaching legend Woody Hayes effectively ended his own career with a punch to the neck of Clemson defender Charlie Bauman. The Tigers and Buckeyes will meet for just the third time this Saturday in the Fiesta Bowl, with a trip to the National Championship on the line, but Hayes and Bauman are still a hot topic of conversation whenever the teams meet.

That was no different Thursday in Arizona at the Fiesta Bowl Media Day, and ESPN’s Chris Fowler spent a few minutes speaking with TigerNet about the incident and his own memories of what happened.

First, let’s set the scene. The 1978 Gator Bowl featured the legendary Hayes, who was 65, had won 205 games and five national titles during his 28 seasons in Columbus. Clemson was led by a 31-year old Danny Ford, who'd been promoted from offensive line coach to interim head coach for the bowl game after the regular season when Charley Pell left for Florida.

The Tigers held a 17-15 lead with about two minutes to go, but the Buckeyes had reached field goal range at the Clemson 24. Facing a 3rd-and-5, the Buckeyes called for a safe pass to the running back, but quarterback Art Schlichter had the option of throwing the ball or running it.

Fw=owler talks to the media Thursday "

Schlichter, a freshman, faced pressure up the middle and threw the ball right into the hands of Bauman, who happened to be the Tigers’ backup nose guard. Bauman returned his only career interception toward the Buckeyes' sideline, where he was tackled by Schlichter near the feet of Hayes.

Hayes grabbed Bauman by his jersey and threw the punch that ended his career, and Fowler says he can’t imagine the reaction if it had happened in today’s social media crazy world.

“I think that was such a sad chapter for anybody that had affection for him or for the sport to have it end that way,” Fowler told TigerNet. But you are right it would be on Twitter on a gif in about 15 secs, and it would be replayed and replayed, and every hot take show would be talking about it for a month. I think when Clemson and Ohio State get together that moment is recycled. We will show it.”

Fowler was 16 years old at the time and watched it unfold in front of his eyes.

“I don't recall watching it with other people. It you recall or if you watch it they didn't talk about it on television,” he said. “Technology has changed. That is what is different. If that happened in this game, we would have 50 cameras on it. We would have 50 angles of it. It wasn't talked about on the air on the broadcast because they didn't see it live. If you are doing a piece on it, you should research it, but there was something where they had to get the replay from New York to actually see what happened.”

Fowler said he is still amazed at Hayes’ reaction.

Bauman is reluctant to talk about the incident, something that Fowler says shows class.

“I've understood he has never talked about it. He is happy to have it go away, but it is going to be brought up again this week,” Fowler said. “I think it is a sign of class that he has declined to talk about it because he gets it. I think at the time he didn't talk about it a lot either that shows a lot of maturity in the moment. Because the guy is an extreme legend and did a lot for the sport and for Ohio State and to have it end that way to have that be the lasting memory wouldn't be right. I don't think him talking about it would have helped.”