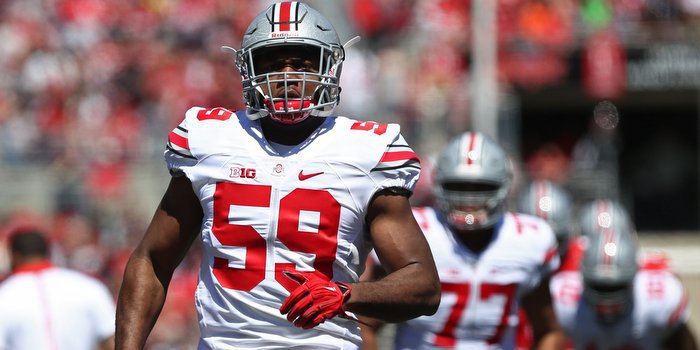 Lewis in Littlejohn Coliseum on an elite junior day in 2011

One Ohio St. Buckeye grew up loving the Clemson football program, but when it came time to make a decision on where he wanted to play college football, Tyquan Lewis chose Ohio St. despite having an offer from the Tigers.

Why? Because he wanted to be the best and play for the best, and to Lewis that meant Ohio St.

Lewis is a junior defensive end out of Tarboro, North Carolina, who leads the Buckeyes with 7 ½ sacks and 10 tackles for loss. Lewis played in all 15 games for the College Football Playoff national champions as a freshman – backing up his decision to play for the best – and had 14 tackles for loss (second-most on the team behind Joey Bosa) and a team-high eight quarterback sacks in 2015.

Lewis was offered by the Tigers, but when it came time to make a decision Clemson was not among his three finalists of Ohio St., LSU and North Carolina.

Growing up in Tarboro, he was a Clemson fan.

“I mean, I actually considered going to Clemson when I was really young,” Lewis said earlier this week. “I know a lot about Clemson. I went there a lot when I was in high school. I was there almost every weekend.”

So how did he wind up in Columbus instead of Clemson? 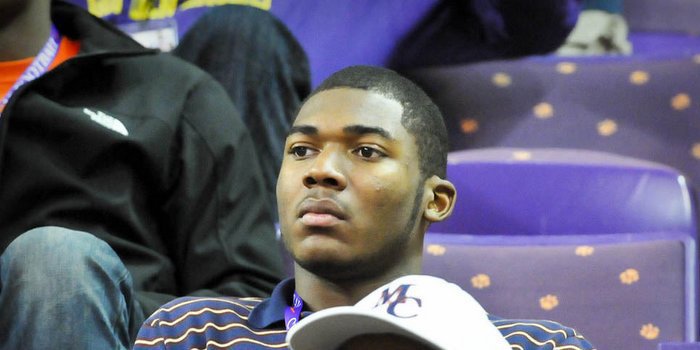 Lewis in Littlejohn Coliseum on an elite junior day in 2011 "

“I wanted to be the best. There's no other place like this,” he said. “I respect Clemson. I respect everything else that goes on there. But coming here is different. It's a lot different here. The culture, everything, the tradition. What everything means to me, this university, like, it's much deeper than that. That's why I love it here.”

Lewis then said he thinks the Buckeyes are poised to put together a strong run to another national title.

“We have the best strength staff, best coaches in America,” he said. “They have a plan in place to get us where we need to be. Lately just been doing conditioning and things like that until we found out our opponent. The plan is already set in stone. We already have a clear idea of how things are going to go. Just got to put the work together now, put everything together.”

Lewis said he can’t wait to take on Clemson, a team he has respect for.

“I think they're a good all-around team. They run the ball, they throw the ball, good on defense,” he said. “I mean, that's why they're in the top four. Great team. One of the better teams in America.”

Lewis will be tasked with stopping Heisman Trophy finalist Deshaun Watson, who has put up another stellar season for the Tigers. Watson has completed 67.6 percent of his passes 3,914 yards and 37 touchdowns while adding another 529 yards on the ground.

“Great composure. Very good quarterback,” Lewis said of Watson. “Can run on the ground, throw the ball, get in the air, tight ends and stuff like that. That's just from what I saw last night (in the ACC Championship).”