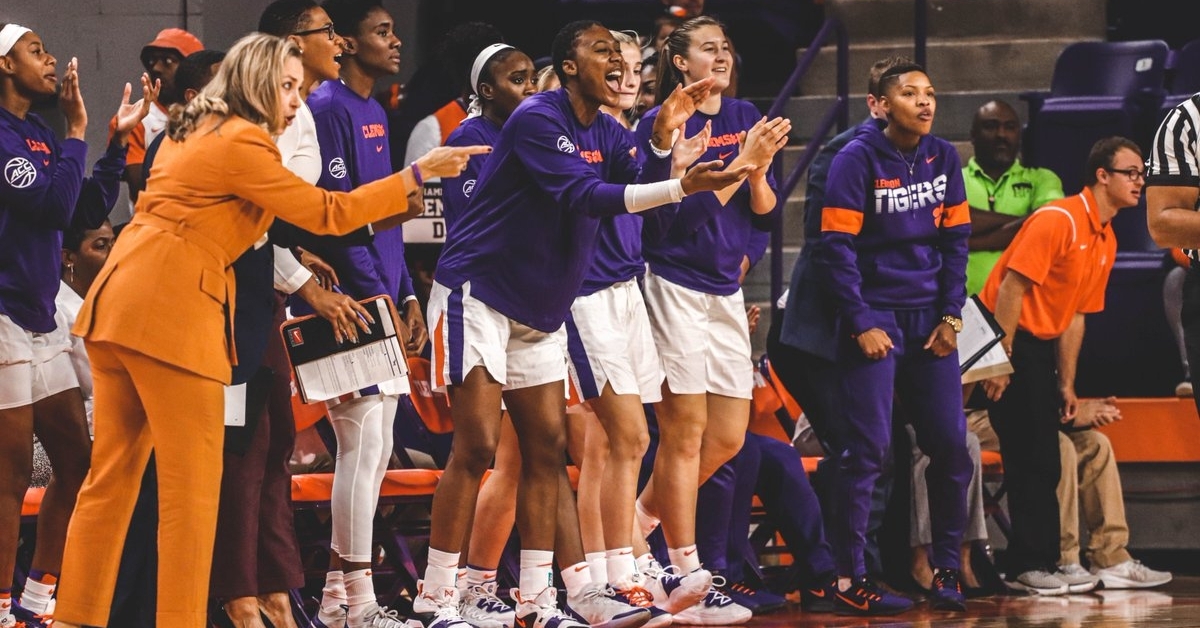 CLEMSON - Trying to build off of a historic 2018-2019 season, the Clemson women’s basketball team officially opened play with a 77-71 victory over the Furman Paladins in Littlejohn Coliseum on Wednesday night.

The Tigers came out explosive with their first nine points coming from behind the three-point line. Fueling their early lead was Kendall Spray, who had back to back threes to open the night. Once the Tigers took the lead, they never let go. With a 27-point second quarter, they propelled themselves to a 12-point lead headed into the half.

With a high-powered shooting offense, the Tigers allowed themselves to play an explosive game in the paint as well. Freshman Amari Robinson made her collegiate basketball debut with 16 points, shooting 6-7. As a team, Clemson shot 22-27 from the floor tonight. Additional important components to the Tiger’s offense were Spray who also had 16 points and Kobi Thornton with 15 points.

Furman did not go away so easily though. Offensively, the Paladins were led by Le’Jzae Robinson who had 18 points and Taylor Petty who had 16. Trying to be more aggressive on defense in the second half, the Paladins went to a full-court press. It did slow the Tiger’s offense but was not enough to overpower them.

Clemson also locked in on their defense and did not allow Furman to cut the margin. Coach Amanda Butler was happy with the defensive play, she said, “I think that we have the potential to be a very good defensive unit, but we have a lot of work to do…in moments, we showed we can play tough defense in a variety of ways.”

Butler seemed to be pleased with her team tonight saying, “The thing I am the most proud of is that was our game plan…we knew we needed to get quality paint touches…It’s a sign of a team that really plays well together. You know when you can execute a game plan where one thing hinges on another…..It was a great way for the Tigers to start the season.”

Clemson women’s basketball will be back in action on Saturday, November 9th, against Navy at Littlejohn Coliseum.

That's all from Littlejohn!

Clemson vs. Furman boxscore
Get the latest Clemson gear right here!
Comment on this story