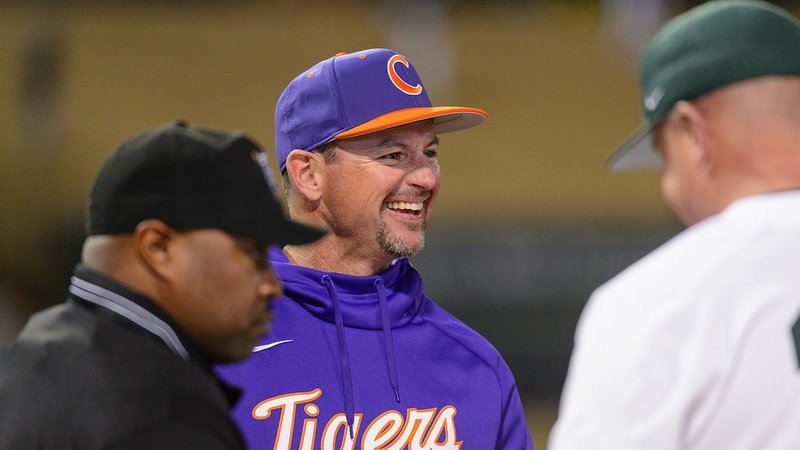 CLEMSON – More than an ACC Championship is on the line for No. 6 Clemson this week as the Tigers begin play in the ACC Tournament in Durham. A national seed in the NCAA Tournament might also be at stake.

The Tigers are currently No. 11 in the RPI entering this week’s tournament and their strength of schedule is No. 30.

D1Baseball released its latest projections for the NCAA Tournament on Tuesday and has the Tigers as the No. 9 overall seed, hosting a regional, but missing out on a national seed.

“They’ve got some good things going for them, no doubt; they’re right on the edge. Problem is, despite all those wins, they’re still just 11th in the RPI and 3-7 vs. top 25 and a modest 13-9 vs. top 50,” D1Baseball said in a tweet. “All the other candidates trump them in RPI, and most have better tier records.”

The top eight seeds have an opportunity to host a regional the first weekend of the NCAA Tournament before hosting a super regional if they advance out of their regional.

Clemson hasn't reached a Super Regional since 2010 when it advanced all the way to the College World Series. The Tigers are essentially a lock for a top-16 seed but may have to reach the ACC Tournament's semifinal in order to secure a cherished national seed.