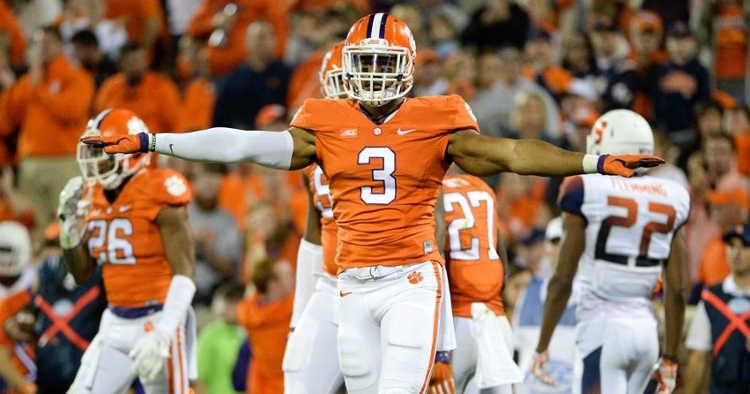 Vic Beasley was a tight end prospect out of high school and found his way to being a highly-productive defender.

After taking some time to find his right position, Vic Beasley posted two of the more productive seasons in Clemson football history.

Beasley is one in a number of top Clemson D-ends past the turn of the century. In the TigerNet Top-5 of the ACC era so far, Shaq Lawson occupied the No. 5 spot, with Gaines Adams and Da’Quan Bowers next from the previous two decades.

Beasley is next up in the countdown:

Beasley was rated a three-star tight end out of Adairsville, Georgia and spent time at linebacker before finding a home on the Tigers defensive line. His sophomore campaign featured eight sacks and eight QB pressures in 288 snaps.

He went on to earn first-team All-America honors as a junior with 23 TFLs and 13 sacks, also tallying 12 QB pressures and six pass breakups.

After considering an NFL jump, Beasley returned to school and was named ACC defensive player of the year as an All-American, posting 21.5 TFLs and 12 sacks.

In addition to the all-time sack mark, he ranks in the top-5 in school history in TFLs (fourth) and has two top-6 single-season bests in sacks (third in 2013 and sixth in 2014).

Beasley was picked No. 8 overall in the 2015 NFL draft by the Atlanta Falcons and recently signed with the Tennessee Titans.