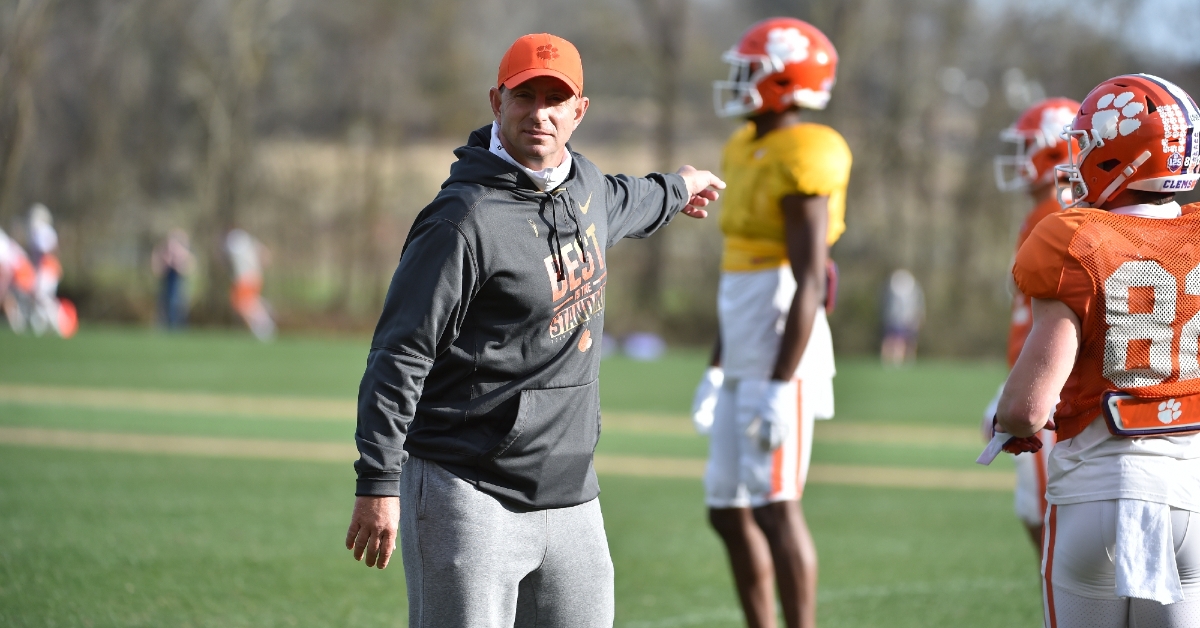 Swinney is just ready to see Ross without a yellow jersey in practice.

Justyn Ross was placed in a mythical transfer portal by random people on the internet and then taken out by an authoritative source -- Ross himself -- before Dabo Swinney ever even heard anything about it Monday.

“I don’t have all the social media stuff," Swinney told WCCP's Out of Bounds. "It’s so funny because literally, I had a lot to do yesterday. We’re in the middle of our coaches’ ACC meetings and I’m on a committee there, and then we’ve got a big presentation with the ADs tomorrow. So, I had a lot of work to do yesterday from a prep standpoint for that, and I had just a lot of prep stuff I needed to get done for the All In Ball.

“So, I just kind of closed the door and locked myself in here yesterday, and I walked out at like 5:15. And I walked down the hall and just kind of was in there talking to Grisham and (CJ) Spiller and Tony (Elliott) for a minute. I don’t even know how it came up. Next thing I know, Grisham is like, ‘Man, it’s crazy what’s going on with Justyn.’ And I’m like, ‘What’s going on with Justyn?’ So, I just kind of missed it all. He literally told me at like 5:15 last night. He said, ‘Well, apparently somebody started (rumors).’ I’m like, ’What?’”

“I have no idea what planet that came from. So, yeah, I’m just glad he’s still here. So, I guess that’s all good. But, craziness.” 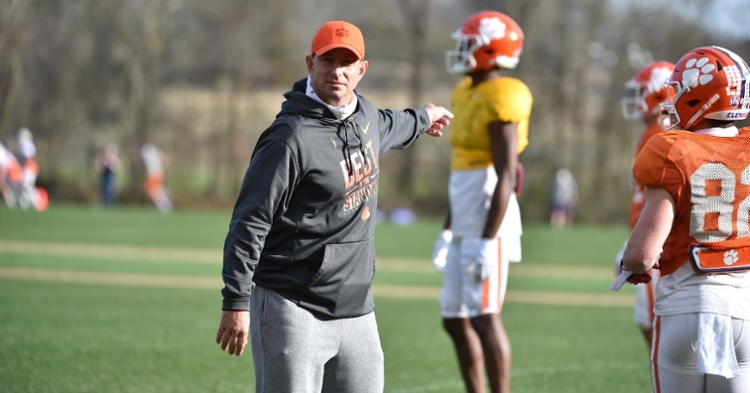 Swinney is just ready to see Ross without a yellow jersey in practice."

Swinney is just ready to see the former 5-star fully cleared and making an impact again for the Tigers on the field.

"He’s doing great. He had an awesome spring. He looks amazing," Swinney said. "You would never think in a million years there is something wrong with him if you watched him run and jump and cut and all the stuff he can do. His body is in a great spot.

"He goes back in June (to get checked out) and that is the final big moment where hopefully he will get the clearance from Dr. (David) Okonkwo that we all want him get."