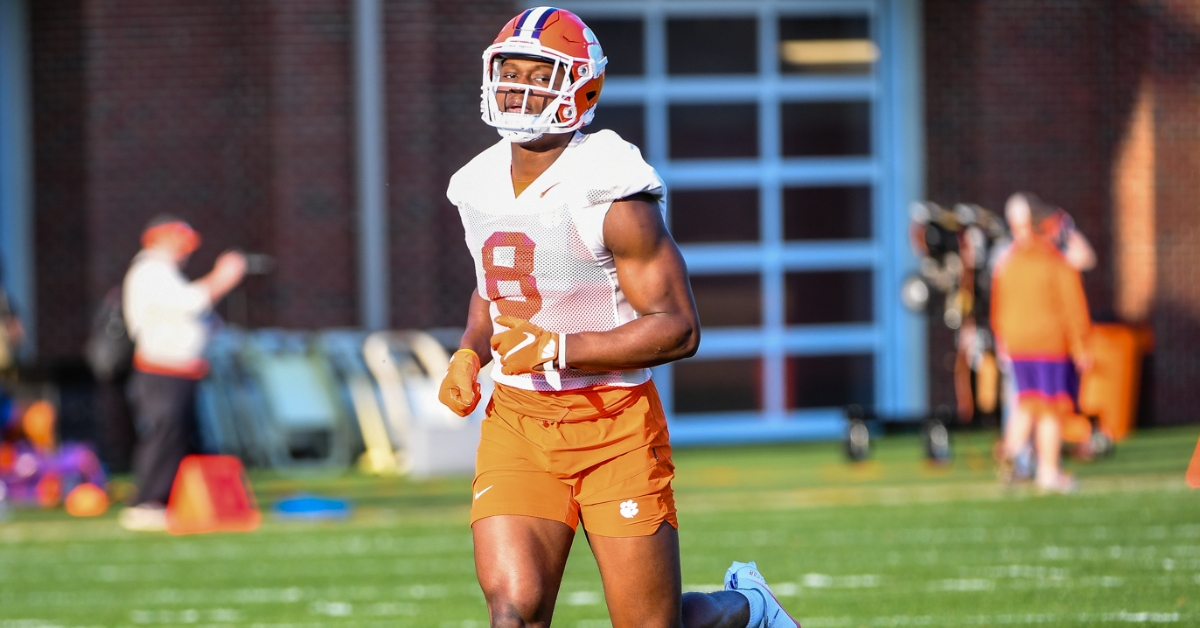 CLEMSON – Freshman wide receiver Adam Randall is off the scout team and will provide the Clemson offense a shot in the arm when he plays against Louisiana Tech Saturday.

Randall tore his ACL late in the spring and didn’t participate fully in spring camp. The Myrtle Beach native has been on the scout team the last few weeks but has been fully cleared to play this week.

“He has been super excited. Just glad that he is allowed to go full speed,” head coach Dabo Swinney said after Wednesday’s practice. “He has been going for a couple of weeks pretty hard, but all on the scout team. I know they are probably glad he is gone from the scout team. He has been working hard and he looks great. It's great to have him. He just brings a great presence. He is a high-character kid, a high football IQ kid, a high-effort kid, and just unique as far as who he is and what his skillset is.”

Swinney then said that Randall adds yet another layer to a wide receivers room that is gaining experience as they go.

“Like I said yesterday, we are not a very experienced group. We are trying to develop great experience. I love our guys. I think we have a great group,” Swinney said. “But our most veteran guy isn't even that experienced in (Joseph) Ngata. It's fun, man. They are all competing and getting better. But he's a shot in the arm for us for sure. We are excited to get him going, even if it's in a limited capacity right now, and it's great to have him available and build on it.”

*Says that DT Tyler Davis is "close" to a return but said we will all find out Saturday if he will play against the Bulldogs.

*Swinney said he has no idea if defensive tackle Bryan Bresee will be available, said that Bryan's sister Ella, who is battling brain cancer, is "fighting for her life" and when Bryan is ready to return the Tigers will be waiting.

"There's a lot more important things than football," Swinney said. "He needs to focus on what he's doing. When he's back and ready to play, we'll be here. But right now he's where he needs to be."

*Swinney said he was looking forward to a night game in Death Valley, especially with all of the improvement to the video board and the lights. He was asked if it will feel different than in the past.

“I would think so. It certainly felt different last week. it's amazing pulling around there - we've been doing that a long time - and it has a different feel. But it's exciting,” Swinney said. “A lot of really neat upgrades and makes a great environment even better. I know our guys are looking forward to it. It will be a lot of fun and hopefully it's going to be a rocking crowd to help us find a way to win. We have a tough team coming in here and we need the crowd. Let's show up and let's put on a show for everybody.”