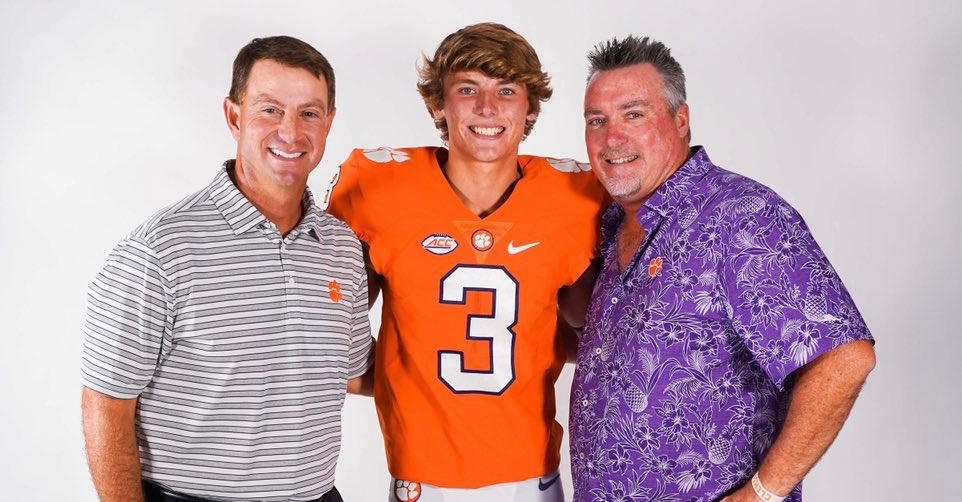 It’s a tradition for priority prospects to visit the top of Clemson’s famous Hill and take a picture with Howard’s Rock, and when head coach Dabo Swinney is standing there with an invitation, most recruits don’t hesitate on the photo op. Robert Gunn is different. He wants to earn the right to touch the stone that Frank Howard helped make famous.

Gunn is the 2022 specialist who committed to the Tigers Monday evening, giving Swinney a dynamic weapon to use on field goals and kickoffs. Gunn visited for Clemson’s high school camp last week and then was asked to hang around for the Elite Retreat by Swinney.

“I was there Friday and there was a thing called the Elite Retreat for those who had been offered or committed,” Gunn told TigerNet. “Coach Swinney asked me to stay through the weekend and get some more info and knowledge about what Clemson is all about.”

What made Swinney want to keep Gunn around for the weekend? Swinney drove his golf cart over to Death Valley to watch the kickers Friday, and noticed right away that Gunn was different than anyone else who had been through. He asked Gunn to try a field goal from 60 yards, and Gunn not only nailed it through the uprights, it went over Swinney’s head and landed on the Hill.

“I kicked a 60-yarder and it landed on the Hill. It was good from 72, coach Swinney said,” Gunn told TigerNet.

Saturday evening, as the recruits were taking photos at Howard’s Rock, Gunn declined the chance the iconic Clemson treasure. 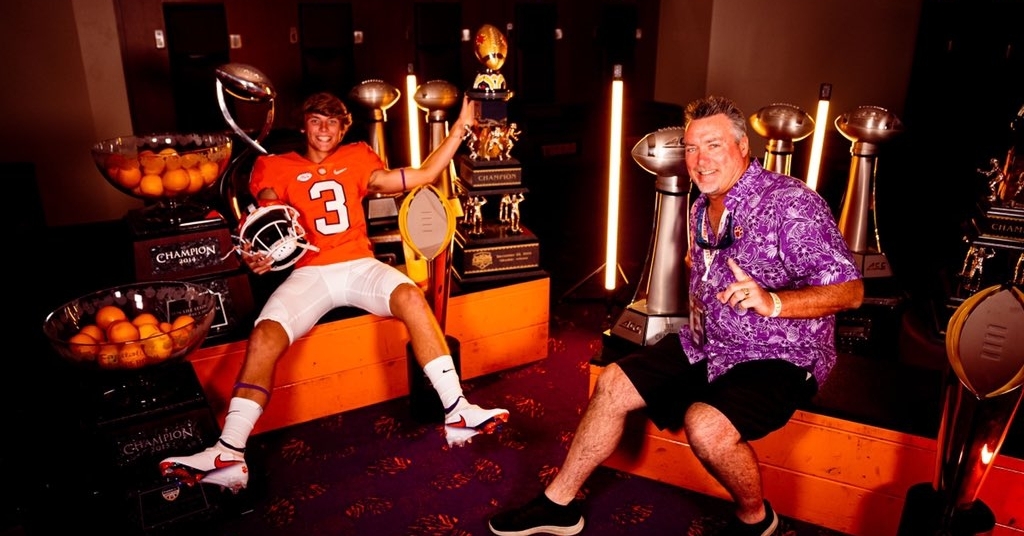 Gunn and his father pose with Clemson's trophies

“The night before he told me to come up and take a picture with him at the Rock,” Gunn said. “I said coach, no disrespect, but I don't want to touch the Rock until I am all in my uniform and ready for my first game and running down the Hill.”

“We drove up Thursday in our RV and parked in that big lot by the football fields,” Gunn said. “Coach Swinney asked us to stay and after his two-hour-long meeting with everyone, he asked me to come to his office. He told me they were signing a 2022 kicker, and he said, 'With your attitude and the way you are, I want to give you an offer to Clemson University.' I just started bawling my eyes out because of all the hard work I've done and all the great people here at Clemson and the atmosphere left me speechless. As soon as he said how long, I said All In, I want to commit to being a Clemson Tiger. He was like, 'Let's go!' And he gave me his All In token.”

Gunn, who also visited Texas last week and received an offer from the Longhorns, said Clemson was the better fit.

“I just felt like Clemson was home,” he said. “As soon as I got there, I knew Clemson was the place I wanted to be. And if football was out of the equation, education is a big thing for me and my family. Education means a lot and I love how Coach Swinney is All-In on that, too.”