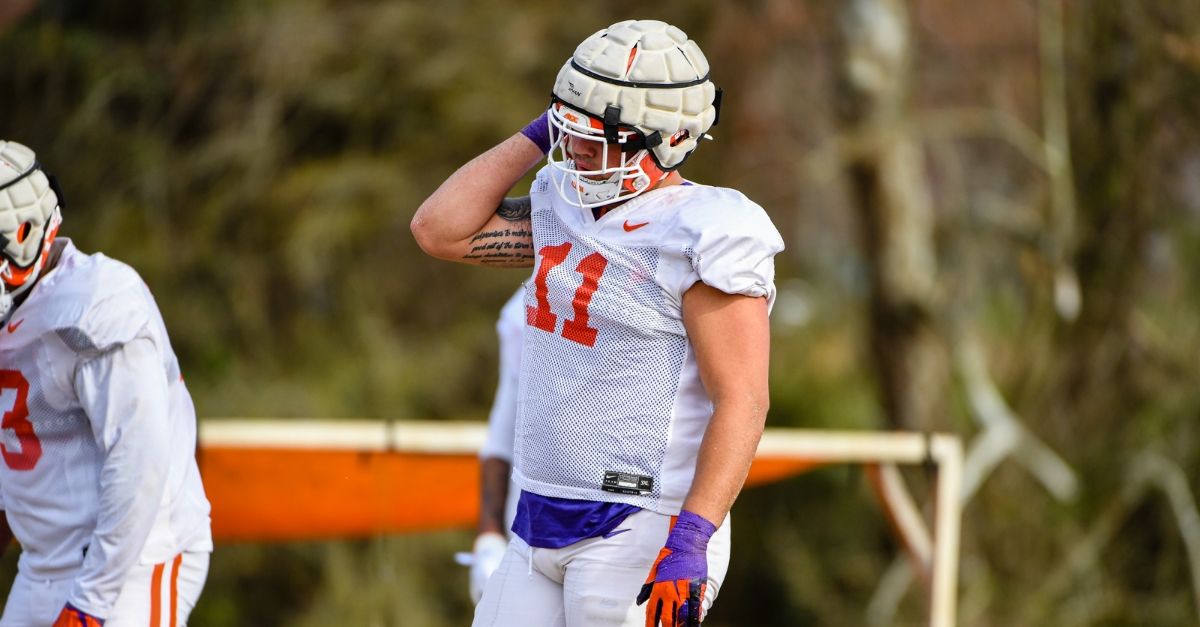 Bresee has taken another step forward this spring.

Spring practice 2021 concludes with the annual Clemson spring game this weekend, and we have just a few more chances to get a peek inside head coach Dabo Swinney’s football program before the start of summer. That means there are still things we want to see.

We have availabilities on Monday and Wednesday this week, with some type of interviews with the players and coaches following Saturday’s spring game. I still have a lot of questions, and those are our last three chances until things open back up in the summer.

Let’s start with the defense.

Brent Venables will make his first appearance in front of the media – his first appearance since before the Sugar Bowl – following Wednesday’s practice. I am sure there will be a lot of questions about the loss to Ohio State, but there are other things we want to know and I expect an extended question and answer session.

At the top of the list is the secondary. With no Derion Kendrick (no longer with the program) and no Lannden Zanders (injured) and Nolan Turner not participating in contact drills, there have been plenty of chances for guys to step up, whether they are a veteran like Andrew Booth or Sheridan Jones or Jalyn Phillips to young, fresher faces like Andrew Mukuba or RJ Mickens or Nate Wiggins to catch the eye of the coaches.

Mukuba was mentioned as an early standout by quarterback DJ Uiagalelei, and Swinney has brought up Mukuba’s name more than once.

At linebacker, everyone we’ve heard from – from scrimmage observers to Swinney to other players during interviews – has bragged on LaVonta Bentley. Bentley has seen extended time because starter James Skalski has acted in more of a coaches’ role this spring. We know Bentley is a striker and isn’t afraid of contact, and he’s extremely athletic. He’s entering his third year in the program and looks like he could be a starter, but his way is blocked by older players. So how do you get guys like that (and Kane Patterson and Keith Maguire) enough playing time to keep everyone happy?

Freshman Jeremiah Trotter Jr. has also earned high praise during our interview sessions, and it will be interesting to see what Venables thinks. We will hear the normal buzz words like “instinctual, twitchy, high motor.” But once we get past those I want to know where he sees Trotter playing (which of the three 'backer positions).

On the defensive line, there are fewer questions. The big questions there center on the youngsters like DeMonte Capeheart and Tré Williams and their progress.

I do want to know what Venables thinks about Bryan Bresee and Tyler Davis at defensive tackle. Swinney said both are having outstanding springs, chiming in with, "Tyler Davis and Bresee are at another level. I mean those guys, they're having some of their best practices that I've seen them have since they've been here."

An observer told me that Bresee has been unblockable (no knock on the offensive line, I’ve been told, Bresee is just that good) and that Davis is healthy and better than ever.

On offense, I don’t have a lot of questions about the rotation at running back. Lyn-J Dixon suffered a minor setback (not COVID) during spring break and I hope he’s back for the spring game. I just want to see all of them in person. Kobe Pace has been outstanding and Will Shipley is coming on and Chez Mellusi has been steady. Now it’s time to see what they all can do.

Quarterback is another question. The coaches are trying to get Taisun Phommachanh back into form after a COVID pause. I’ve heard that Hunter Helms has had a good spring, but the coaches have to find a way to get Phommachanh to a point where he believes he can start.

It’s important to keep him engaged and around heading into the summer. There are no guarantees that Bubba Chandler will ever take a practice snap – he also plays baseball and I heard there were 14 scouts at a recent game in which he pitched – and he has a big decision to make after the MLB Draft.

That would leave Will Taylor – another potential MLB Draft pick – to come in and compete behind the three guys already on campus. That’s why it’s imperative to get Phommachanh to turn the corner.

At wide receiver, we’ve heard a lot of good from Joseph Ngata and Ajou Ajou and the freshmen in Dacari Collins and Beaux Collins. It will be interesting to get Swinney’s thoughts on Ngata and his health. The one guy whose name keeps popping up, however, is EJ Williams. He’s a future star and it’s just a matter of time.

Along the offensive line, we heard that Walker Parks is now manning the right tackle spot and that Jordan McFadden has moved to left tackle. How will both look in their new spots in the spring game? And has Hunter Rayburn nailed down the center spot?

We will find out a lot more this week. And for those that are heading this way, the forecast is for 65 degrees and sunny in the Valley.