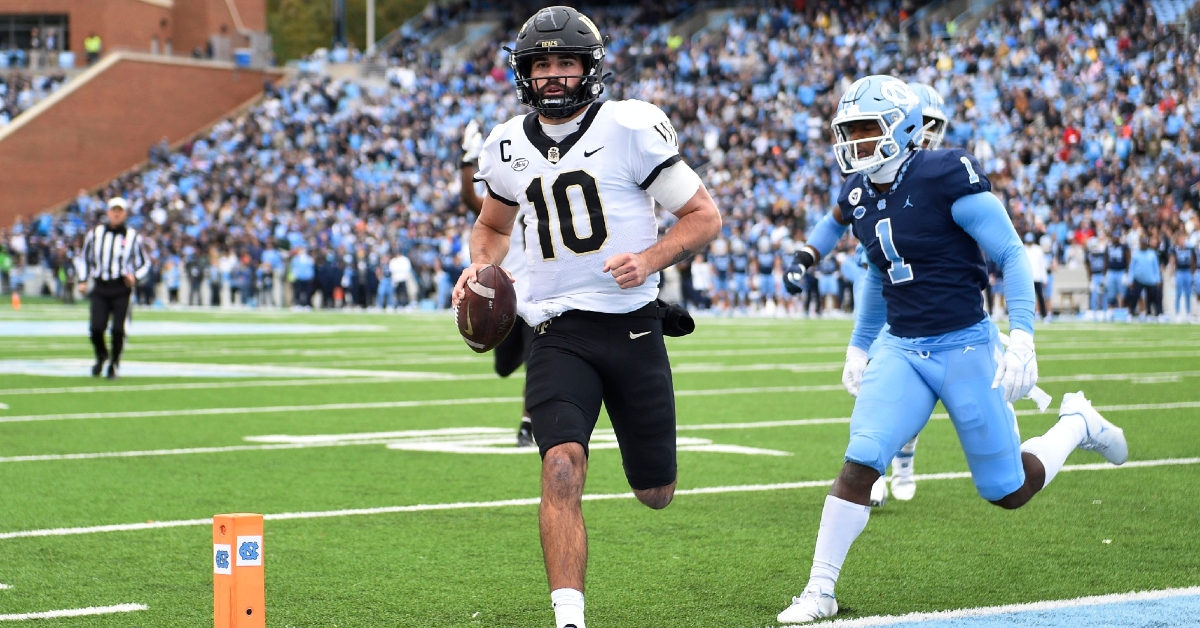 CLEMSON – Clemson’s defense played better against the screen game last week, but heading into this week’s game against a Wake Forest team that thrives on the slow mesh and dynamic play of quarterback Sam Hartman, there is still plenty of work to do.

The Tigers were gashed by Furman two weeks ago, getting too far upfield and letting screen plays go for big chunks of yardage. This past week, the Tigers gave up eight plays of 19 yards or more in the pass game.

"Against Furman, it was screens. We are so aggressive trying to get to the quarterback that we forget to cover screens,” co-defensive coordinator Mickey Conn said Monday. “Put an emphasis on that this past week and thought we did a really good job adjusting to the screen game. The big plays we gave up this past week are technique things we have to get cleaned up. We were in Cover 2, and the cornerback triggers on flat route and leaves a guy wide open, have do a better job of staying patient there.

"The 46-yarder, we had a little zone blitz and the MIKE linebacker has to get out under three, and he didn't, and then our middle of the field safety missed the tackle. Luckily our field corner really hustled to get him down.”

Conn said the Tigers have played a lot of zone as the coaches endeavor to get the corners better at man coverage.

"We have been in a lot of zone. As far as man, we have to do a better job of winning our 1-on-1 matchups,” Conn said. “We are in position, we just have to make a play on the ball."

Conn has, for the most part, been pleased with the tackling.

"The Georgia Tech game, it wasn't as good as we wanted it to be,” he said. “This past game and Furman game, I thought it was really good. Thought we did a good job with some of our perimeter tackling."

Wake Forest is averaging 434 yards per game of total offense, but Hartman has been back the last two games (after injury) and completed 44-of-71 for 625 yards and seven touchdowns against two interceptions.

“He's been there for a while, he's run this offense, he's a smart guy,” Conn said of Hartman. “They're an RPO (run-pass option) team and he knows how to read it and he's very patient with his reads. So we've got to be patient with him."

Taylor Morin leads the Demon Deacons with 13 receptions, while AT Perry and Donavan Greene have 12 apiece. Perry’s 222 receiving yards leads the team, while sophomore Jahmal Banks has three receiving touchdowns.

Conn said there is no way the Tigers are overlooking a dangerous Wake Forest squad.

“Right now they're the Atlantic Division champs and their offense has been up at the top in the country. So no we are not complacent. They run more plays than anybody,” Conn said. “These guys are fast. They line up, run a play, line up, run a play. It's a big challenge if you're a defensive player and coach and that's exciting. We are full-throttle ahead."