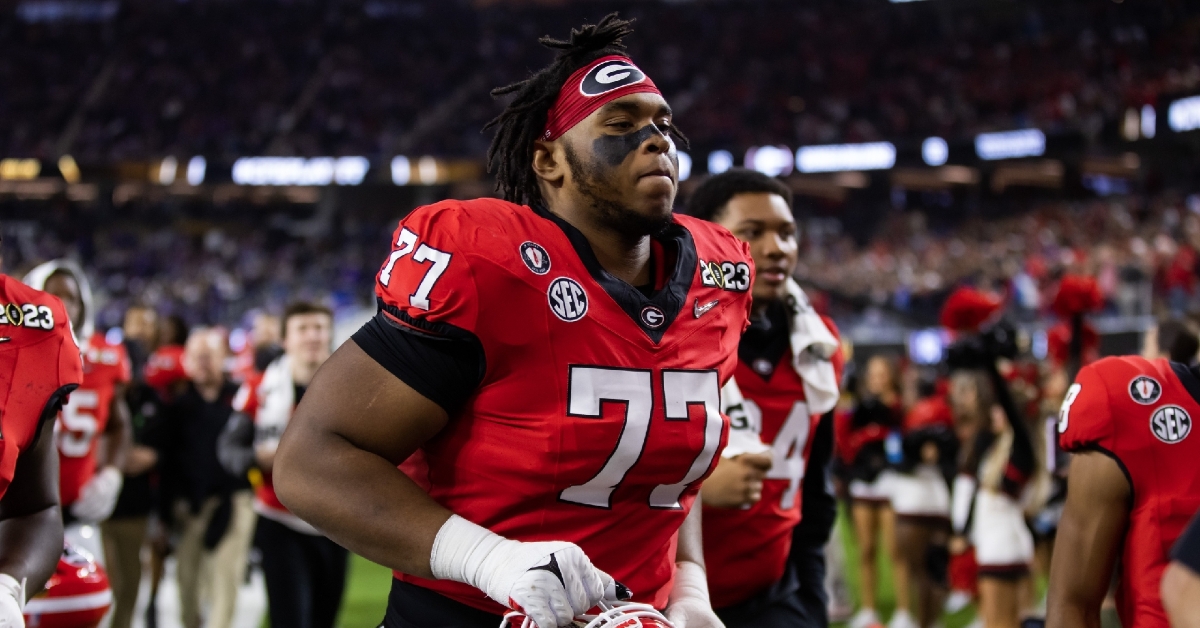 RIP to Willock and LeCroy

Terrible news to report this morning.

Georgia offensive lineman Devin Willock and staffer Chandler LeCroy passed away after a car accident in Athens on Sunday morning.

The 20-year-old Willock played in every game this past season, helping the team win their second straight national championship.

LeCroy was 24 years old and was assisting in the recruiting department.

The school released a statement on the tragic news:

“The entire Georgia family is devastated by the tragic loss of football student-athlete Devin Willock and football staff member Chandler LeCroy," the press release said. "Two other members of the football program were injured in the accident. They are both in stable condition, and we will continue to monitor their status with medical personnel."

“Devin and Chandler were two special people who meant so much to the University of Georgia, our football program and our athletic department. We ask that everyone keep their families in your prayers during this very difficult time.

“The UGA Athletic Association will work with our medical team as well as our mental health and performance personnel to make sure we are providing the best support possible for our staff and student-athletes who are processing this grief. We can provide no further comment at this time but ask that everyone continue to keep those involved in your prayers.”

TigerNet would like to express our most heartfelt condolences to the entire Georgia community on this terrible incident.

"On January 15, 2023, at approximately 2:45AM, ACCPD responded to a single-vehicle crash in the 900 block of Barnett Shoals Road. Initial investigation indicates that a 2021 Ford Expedition was traveling southbound in the outside lane of Barnett Shoals Road when the vehicle left the roadway, striking two power poles and several trees. A passenger, Devin Willock, 20, died at the scene as a result of his injuries. The driver, Chandler LeCroy, 24, was transported by EMS to a local hospital where she died as a result of her injuries. A 21-year-old male passenger sustained minor injuries and a 26-year-old female passenger sustained serious injuries. The investigation remains ongoing. Anyone with information regarding the crash is asked to contact Lieutenant Butt at 762-400-7090 or via email at john.butt@accgov.com.This is the first fatal motor vehicle crash of 2023 in Athens-Clarke County."

Today we lost two beautiful souls. Rest in peace Devin Willock and Chandler Lecroy. Prayers up to their families and the UGA community. pic.twitter.com/d2ydP3elEN

Special thank u to @DevinWillock for taking time for my grandson when he didn’t have to. U went out of ur way to make him feel special and U made his day!! Good luck next year! Go Dawgs! pic.twitter.com/3pgfXAMBFQ