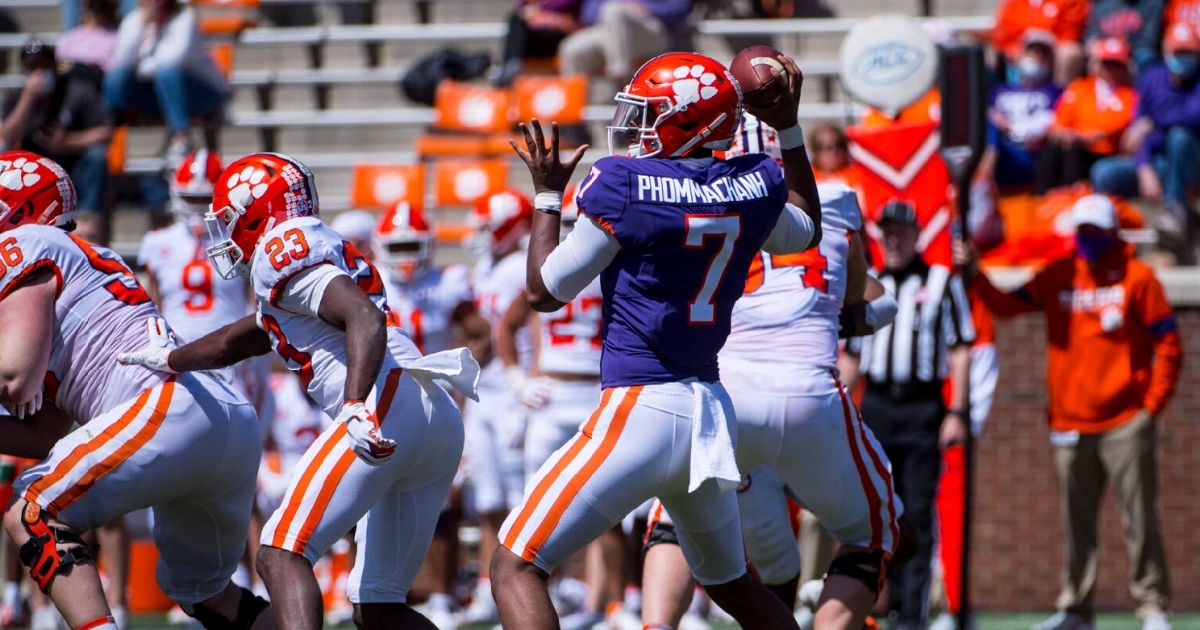 Taisun Phommachanh is back in the transfer portal.

Multiple reports have Phommachanh back in the transfer portal after Georgia Tech recently promoted former assistant Brent Key to the full-time gig.

Phommachanh only played in two games this season, completing two out of five passes for 13 yards with an interception. He rushed for 56 yards and two scores on 15 carries.

Phommachanh moved on from the Tigers after the 2021 campaign.

He played over three seasons with Clemson in 12 games total, posting a career 45.8 completion rate for 204 yards with one TD to 3 INTs. He rushed for 150 yards and a TD on 30 carries at Clemson.

He suffered an Achilles injury in the 2021 Clemson spring game.

Before Clemson: Among the top quarterbacks in the nation … ranked as 166th-best overall player in the nation by ESPN.com, who also call him the No. 1 player in Connecticut and eighth-best pocket passing quarterback in the nation … Rivals.com listed him as best player in Connecticut and fifth best quarterback in the nation … 247Sports ranked him as the fifth-best player in Connecticut and third-best quarterback in the nation … consensus four-star prospect … played his high school football for the Winged Beavers of Avon Old Farms School for Pierce Brennan … played two years at Harding High School in Bridgeport and two at Avon Old Farms Prep … for his high school career, he completed 339 of 556 passes for 5,224 yards and 46 touchdowns against 12 interceptions … also had 300 rushes for 1,264 yards and 25 touchdowns, giving him 6,492 yards of total offense and 71 touchdowns … had his best year in 2017 when he had passing efficiency of 205 … completed 135-192 passes for 2,253 yards and 22 touchdowns against just one interception at Avon Old Farms in 2017 … also had 122 carries for 633 yards for another 17 touchdowns … accounted for 39 touchdowns in just nine games … took team to 8-1 record … had injury plagued 2018 and played just six games … was 73-128 for 1,066 yards and nine scores … had another 163 yards rushing and two scores … posted high school career passing efficiency of 162 … primary Clemson recruiter was Brandon Streeter … played high school prep football in Connecticut, same region as unanimous Clemson All-American Christian Wilkins … committed to Clemson on April 14, 2018 … enrolled at Clemson in January 2019.