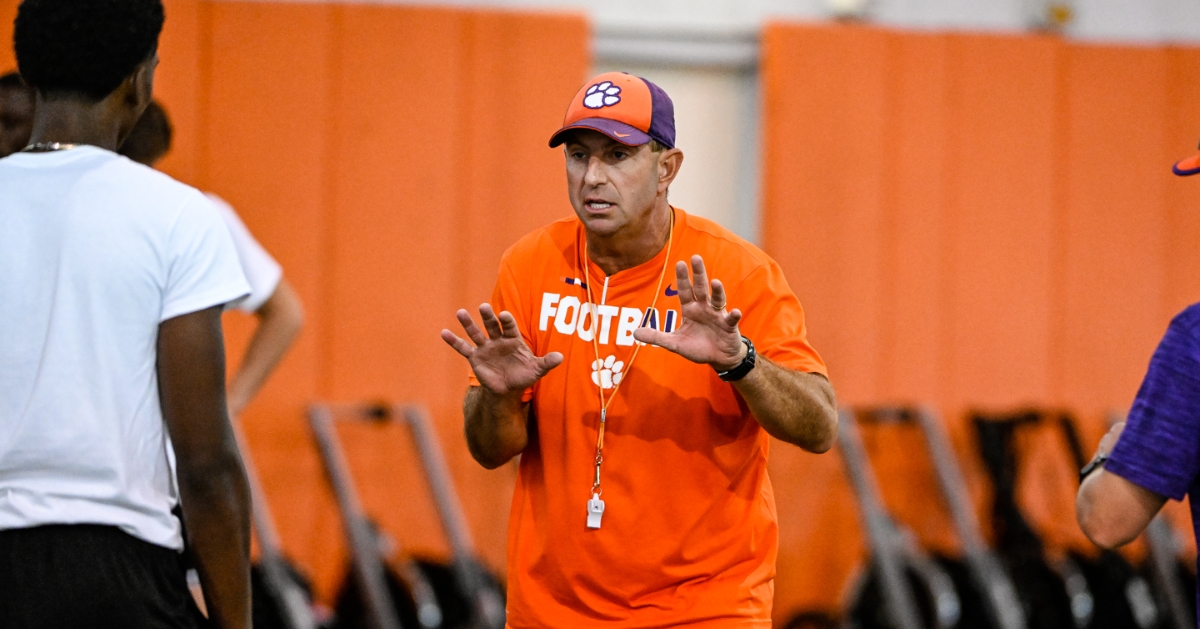 SI's Pat Forde says this season will tell the tale on the staying power of Dabo Swinney at the top of college football.

There is no shortage of opinions on Clemson coach Dabo Swinney.

With how he's built the Clemson football program up and not shied away from sharing his opinion on hot topics, Swinney always finds himself in the national conversation, and he's got the eye of one major outlet this year.

"For the first time in eight years, there are more questions than answers surrounding Swinney," said SI's Pat Forde. "Can his promote-from-within philosophy adequately fill major departures at both coordinator spots? Can he coax greatness out of inconsistent quarterback DJ Uiagalelei? Can Clemson still compete for national titles, or was last season a sign of slippage away from the elite level? And in the modern world of player compensation and rampant transfers, has the game passed Dabo by? This season could provide a telling look at whether Swinney has the staying power of, say, Nick Saban at the forefront of the sport."

One spot ahead of Swinney on the list is former Tigers defensive coordinator Brent Venables at Oklahoma, and topping the ranking is the guy who set that move in motion with former OU and now Southern Cal coach Lincoln Riley.

Tony Elliott at Virginia was in the honorable mentions, as well as South Carolina's Shane Beamer.