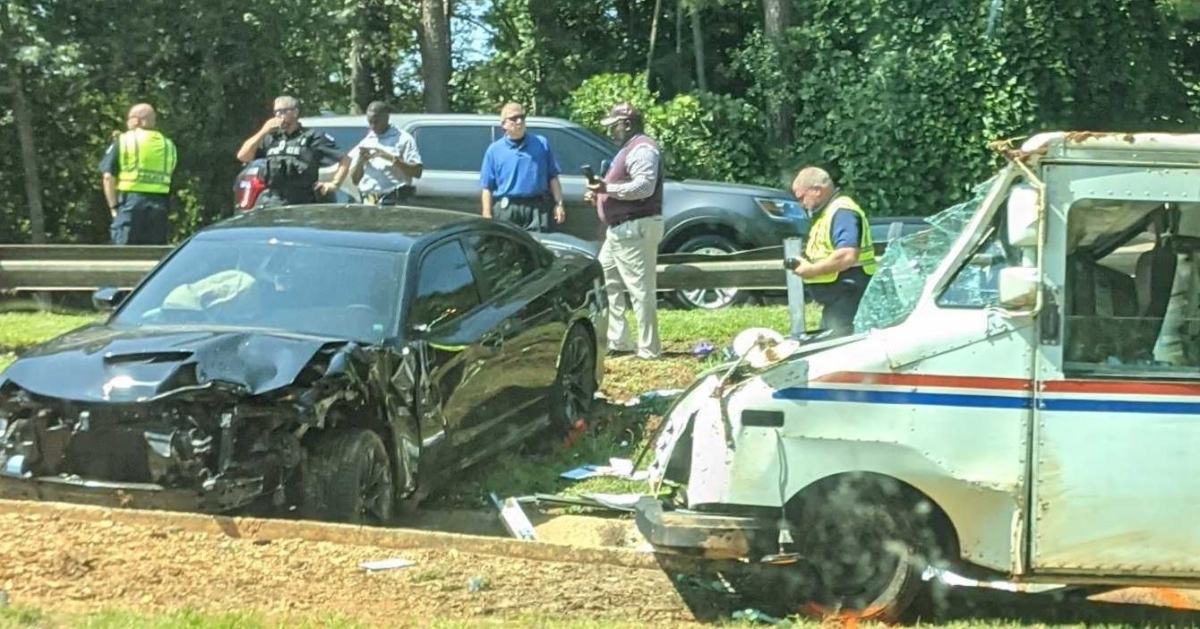 Fred Davis' Dodge charger is pictured along with the Postal vehicle here from a 2021 accident.

Clemson cornerbacks Fred Davis and Malcolm Greene are being sued by a United States Postal Service worker for allegedly racing on a public highway and causing her severe, longterm physical disabilities as a result of a car crash.

Davis was charged with a misdemeanor at the time for his involvement in the July 2021 car incident on Highway 123 between his Dodge Charger and Karen Alvarez's US Postal vehicle.

According to the document filed with the 13th Judicial Circuit, “Defendant Greene and Defendant Davis were observed traveling in south on U.S. Highway 123, in close proximity and at a high rate of speed, weaving in and out of lanes, and the Defendants appeared to be racing their vehicles.

“Electronic data retrieved from the airbag control module (ACM) of the vehicle driven by Defendant Davis, indicates that Defendant Davis was traveling at 115 miles per hour in a 55 mph zone when he first applied his brakes 2.8 seconds before he collided with the rear of Plaintiff’s vehicle, causing Plaintiff’s vehicle to turn on its right side and slide over the median and across the northbound lanes of U.S. Highway 123.”

According to the filing, Alvarez "sustained serious, severe, and permanent injuries including fractures of her skull, spine, pelvis, rib, and clavicle, from which she continues to suffer, and upon information and belief, will continue to suffer in the future."

Davis practiced with the team in the following fall camp and was said by Clemson to have faced “internal discipline” from the athletic department at the time. Greene was not mentioned as part of the punishment then.

Clemson coach Dabo Swinney said after practice on Wednesday that they knew the details involved and that it won’t affect the status of the players on the roster, as they have both gone through the legal and internal punishment process already.

“No, I think everybody knew this was coming,” Swinney said. “It’s a civil suit and that stuff will play out. But certainly we all know there are consequences. Even though it was a year ago and they’ve had a lot of things internally. That’s something that there’s going to be consequences for that for a long time. That’s life. But it doesn’t change anything as far as their status with the team.”

Swinney was then asked about the mental state of Davis and Greene after hearing the news.

“I don’t know,” Swinney said. “It’s a very sad situation. Somebody almost lost their life. They're really fortunate that the lady involved survived. She’s got a lot of challenges. Again, I don’t think anyone is surprised that now this will play out on the civil side.”

Davis and Greene being sued
Get the latest Clemson gear right here!
Comment on this story