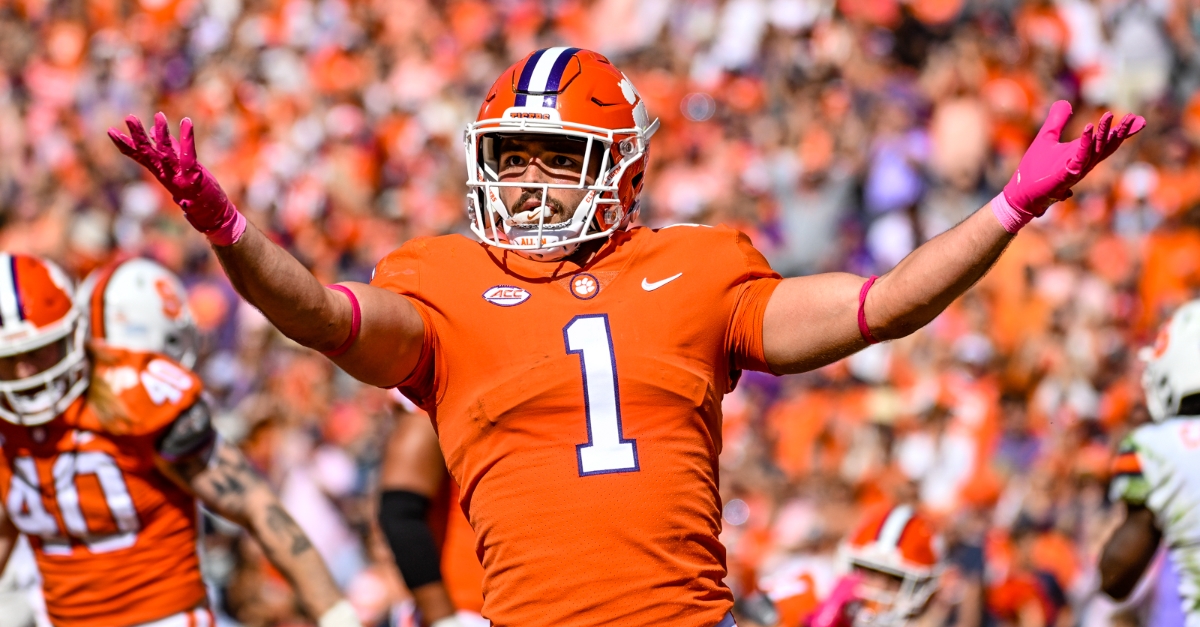 Teams have success by ground and air against UNC and the Tigers might need some extra points to keep up with the Tar Heels offense.

However much importance you may place on the idea of momentum game to game – there’s no way around saying it’s not a factor on Saturday in Charlotte (8 p.m./ABC).

There is no mo’ coming in on either side after both Clemson and North Carolina suffered tough, home rivalry losses last Saturday by a combined four points.

And this is just a couple weeks removed from the ACC Championship being billed as a top-10 battle and potential Playoff play-in game. Now, the conference title trophy is the main prize, and a late December trip for the winner to South Beach is a plus.

Here’s the 12-game makeup of the teams by the metrics:

Both teams are trending down in a number of areas, but on the whole, UNC’s defense has been among the worst Power 5 conference efforts (triple-digits in every metric and as low as 116th in two) and the Tar Heel offense led by Drake Maye has been one of the best.

They are coming off of two of their better performances statistically on defense -- versus Georgia Tech (373 yards/5.18 yards per play/21 points) and NC State (330 yards/5.5 YPP/30 points) -- but in those games, they faced QBs not even on the depth chart preseason and still lost at home twice.

On the opposite sideline, Clemson dropped out of the top-25 defensively with the SP+ formula after giving up a season-high 360 passing yards (the most in a loss since the 2020 Sugar Bowl versus Ohio State, 385). In the Notre Dame loss earlier in November, it was the run defense that was exploited for 263 yards and 5.6 yards per carry in a 35-14 defeat. Troubling going Saturday is that both Notre Dame and South Carolina had multiple offensive efficiency rankings at 50th or lower going into the matchups and UNC has a unanimous top-20 ranking.

1. QB Drake Maye - Maye is Pro Football Focus’ top-graded passer in the Power 5 and No. 2 overall (91.9) with 3,819 passing yards and 8.7 yards per attempt with 34 touchdowns to five interceptions and a 67.2% completion rate. He leads all of college football by six in PFF’s big-time throws category (39; former Tiger Chase Brice ranks second in the stat).

As referenced above, Maye and the Heels are not coming off a good performance against NC State, where Maye suffered his second-worst PFF grade (61.5) with 29 completions in 49 throws at 4.8 yards per attempt with a TD and INT. Under pressure, Maye connected on just three of 14 throws against the Wolfpack for 15 yards with a pick.

In the ground game, Maye can also make an impact, rushing for at least 50 yards in nine of 12 games -- including eight of the nine wins -- with six touchdowns and 5.9 yards per carry (taking out sacks).

2. WR Josh Downs - It’s probably no coincidence that UNC has lost with Downs’ two worst grades of the season lately (60 v. GT; 54.9 v. NC State), as he’s been a primary target in each of the Heels’ victories. The slot dynamo has averaged 10 receptions for 116 yards and at least a touchdown per in UNC wins. He was targeted 13 times but limited to 51 yards against NC State.

Analysis: There’s just not a lot to like about the trends going into this one for the Tigers, at least from a standpoint of picking a more comfortable victory. Metrics favor Clemson to cover the number slightly overall, outside of CFB Graphs (picking a 3-point Clemson victory). Clemson is a more talented team, but the gap to UNC isn’t as wide as some teams in the ACC (they are 16th overall in 247Sports’ Team Talent composite, third in the league). All bets are off on what Clemson team shows up Saturday in Charlotte – and even what team shows up half-to-half or quarter-to-quarter. Pick: North Carolina +7.5. (6-6 on ATS picks; 10-2 on O/U this year – game score picks in TigerNet’s weekly predictions story).