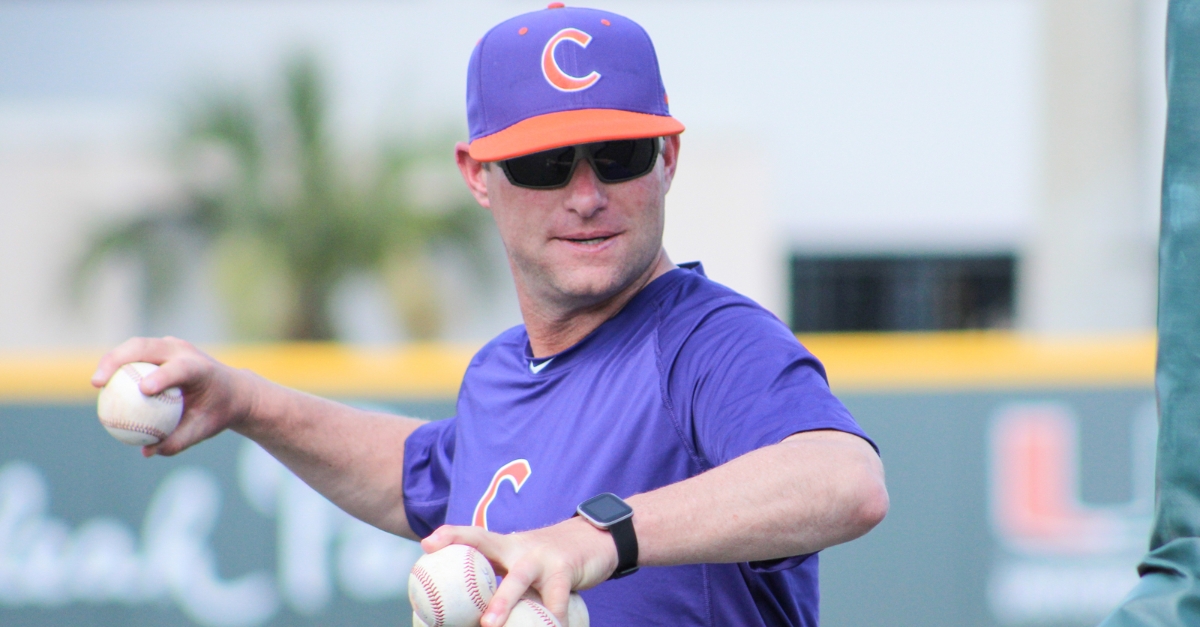 Bradley LeCroy is now the new head coach of VCU.

"After a national search, Bradley set himself apart from other candidates the minute he set foot on campus," McLaughlin said. "I talked with a number of people in the baseball world and everyone talked about how Bradley is prepared for this opportunity. He has recruited high-achieving student-athletes throughout his career and I know he will continue that recruiting prowess with our baseball program. We have accomplished a great deal with our baseball program and we have even higher aspirations, which include advancing to Omaha and winning an NCAA Championship. I look forward to having Bradley lead the young men of VCU Baseball and welcome Meredith, Crew and Cooper to Ram Nation."

LeCroy brings over two decades of coaching experience to VCU, including 15 seasons across two stints on the staff of his alma mater, Clemson. In 22 total seasons as an assistant coach at Clemson, Tennessee, Western Carolina, and Anderson (S.C.), LeCroy has been a part of 18 winning seasons, 13 NCAA Tournament appearances, and an overall record of 756-520 (.592).

"I would like to thank Ed McLaughlin and Tim Lampe for this incredible opportunity," LeCroy said. "I am excited to lead this program and continue the great legacy that already exists here. Our goal is to win championships at VCU, but just as important, to develop young men on and off the field."

LeCroy returned to the Tigers in 2011 as an assistant coach and recruiting coordinator, helping guide Clemson to nine straight NCAA Regional appearances from 2011-19. He also served as the assistant head coach from 2013-15. LeCroy was first on staff with the Tigers as a volunteer assistant from 2003-05.

The Anderson, S.C., product was ranked as the No. 9 assistant coach in the nation by Baseball America prior to the 2013 season, and D1Baseball named him the No. 10 recruiter in the country before the 2017 campaign. In addition to his recruiting duties for the Tigers, LeCroy also coached Clemson's hitters and infielders.

Before his second stint at Clemson, LeCroy served as the assistant coach and recruiting coordinator for three seasons at Tennessee from 2008-10, guiding the Volunteers' infielders. He had two more recruiting classes ranked in the Top 25 while in Knoxville, and guided Tennessee to 87 home runs as a team in 2009.

From 2006-07, LeCroy was an assistant coach at Western Carolina, where the Catamounts put up a 75-47 record during his tenure and made an NCAA Regional appearance in 2007. Clemson made Regionals in all three of his years as a volunteer assistant from 2003-05, including an appearance in the 2005 Waco Super Regional.

LeCroy got his start in coaching collegiate baseball at Division II Anderson University in his hometown, serving as assistant coach and recruiting coordinator from 2001-02. The Trojans put together a 30-26 season in 2002.

Lecroy was a four-year letterwinner at Clemson from 1997-2000, hitting .266 across 173 career games as a utility player. He was the starting shortstop on the 1999 Tigers team that came within one inning of advancing to the College World Series, and was a member of Clemson's 2000 CWS squad. The Tigers made the NCAA Tournament in all four seasons of LeCroy's career. LeCroy earned his bachelor's degree in education from Clemson in May 2001.

LeCroy becomes the seventh head coach in the history of VCU Baseball. The Rams have made 13 NCAA Tournament appearances, had 54 MLB Draft picks, and have won 34 or more games in eight consecutive full seasons.

2023 VCU Baseball season tickets are on sale now and can be purchased here. LeCroy's introductory press conference will take place Thursday, Aug. 4 at 11 a.m. and will be streamed on YouTube.