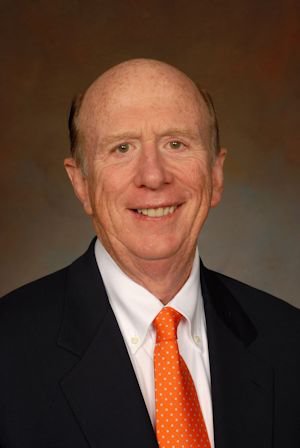 One could argue that Clemson football is as strong as it has ever been.  The Tigers won more games the past three seasons than any three consecutive seasons in school history.  Clemson finished in the top 10 in the country in back to back seasons for the first time since 1990.

Dabo Swinney
Head Coach
View Full Profile has assembled one of the nation's best coaching staffs.  He has helped give the program direction and an identity.  Swinney has benefitted from excellent support from the administration, but he deserves some credit for getting some of that support.

The schedule has been filled with huge games and Swinney's teams have some of the biggest wins in school history.

The staff is consistently recruiting at a very high level and has positioned itself for a couple of terrific classes in the next two seasons.

Swinney has directed Clemson to Atlantic Division titles, an ACC title, two BCS bowl appearances and an Orange Bowl win.  Clemson is the only team in the country to beat two top 10 teams in the last two bowl seasons.

The only thing missing from the program is a five-game losing streak to the arch rival.  Once Swinney straightens out that mess then he can be considered among the top coaches in school history.  At this point, his program might be the best currently in the athletic department.

Swinney's program loses some of the top players in recent school history, but there is a lot of young talent on campus for the staff to develop.

Brad Brownell
Head Coach
View Full Profile 's program has struggled to rebuild after a solid start.  Brownell and his staff are trying to upgrade the talent level and can point to next year's recruiting class as one of the keys to accelerate that process.

He currently has one of the most difficult jobs in the country in that he has little history and tradition, yet is asked to compete in perhaps the nation's top conference.

Brownell's current team has no seniors but it is an improvement from last year's squad.

Two of the things that have plagued the program are injuries and transfers.  This year Clemson is also without one of its top signees since Patrick Rooks had season-ending surgery in the preseason.

Brownell's program is lacking in terms of facilities, but there are major plans to completely rebuild the home arena in the next few years.  This renovation should help the recruiting efforts.

Jack Leggett
Baseball Head Coach
View Full Profile was once considered the architect of one of the nation's premier baseball programs.  A few years ago the program slipped due to some recruiting issues.  The wins and losses reflected the talent decline.

However, the past three recruiting classes have been a major upgrade and this year's squad is ranked 13th in the country, according to the Baseball America pre-season poll.  This year's team is loaded with one of the deepest pitching staffs in the country.  Clemson will need to improve on offense as well but the pitching staff could be one of the best in recent memory.

Leggett's teams play in one of the nation's top facilities, but the players' area in the stadium has been outdated for years.  Plans for renovation of the locker rooms will get the entire facility back among the nation's elite.

The future looks bright as well due to Bradley LeCroy

Bradley LeCroy
Assistant Head
View Full Profile 's hard work on the recruiting trail.  LeCroy has Clemson back in the top two or three for many of the nation's top prospects in the next few classes.

I think Clemson baseball is close to returning to national prominence.

There have been so many changes in the athletic department and in the last few years.  Some programs have had quicker success than others.  For example, men's soccer has jumped back into the national picture under head coach Mike Noonan.  The Tigers were back in the NCAA tournament last fall.

Women's soccer was a mess and it has taken Eddie Radwanski a little longer to rebuild.  Last season the progress was seen with a few conference wins.

Men's golf has been better under legendary, Hall of Fame coach Larry Penley but he is fielding another very young team with some answers coming soon.  Penley's teams have suffered with poor evaluation and player development but signs are pointing to a return to national success.

On the other hand, T.J Horton has hit the ground running in the women's golf program.  The Tigers played their first fall schedule this past season and are already considered one of the nation's finest programs.

Clemson's women's basketball program has been a mess and faces many of the same issues as the men's program.  Audra Smith is in her first season as the head coach of the women's program.  There have been highs and lows to date, but those close to the program say her discipline and recruiting efforts have gotten some national attention.

The women's tennis program is as strong as ever and the women's volleyball program has been steady.  Clemson's men's program appears to be on a positive upward trend.  The women's rowing team has been consistently ranked in the top 25.

The track and field programs have some work to do after the coaching change last season.  At this point it is too early to tell how fast each can rebuild.

Overall, the athletic department has positioned itself for a bright future due to the new leadership in many areas.  There have been a lot of changes within the department and in most cases it is too early to tell if they were good calls.  However, I do like most of what I have seen early in the tenure of the new athletic director and new president.  As I have mentioned several times in this blog, I attribute much of the success to the chairman of the board, David Wilkins.  The board has been very supportive of the athletic department under Wilkins’ leadership.

Finally, it is a crucial time in the athletic department.  Big changes in the amount of money and the distribution of that money is what many athletic departments across the country are focusing on.  There are huge revenue opportunities especially in football.  How Clemson positions itself in the immediate future should have major ramifications in the long term.  There may be more changes within the Atlantic Coast Conference in terms of football scheduling and other aspects in the league and Clemson can be a key to the conference's clout in football.  The foundation has been laid in many areas at Clemson.  The planned facility upgrades are a major part of the future.  Needless to say, these are interesting times at Clemson.