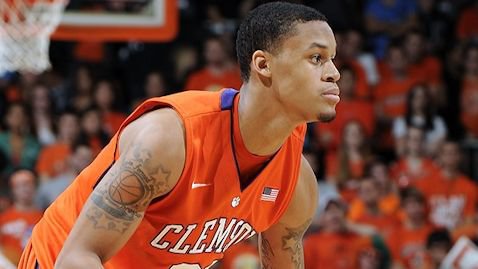 I recently read your blog article, "Rebuild or Renovate."  You raise an interesting point.  I simply do not believe anyone can justify spending $80 million or more on a new basketball arena.  We cannot fill up the one we have which we also renovated several years ago.

The interesting thing that I don't know is the amount of revenue that can be produced by luxury boxes and signage in a modern arena. Maybe those things can offset much of that cost. I think it is a good investment if we could be assured of a great program but that is not a given. I wish I knew the best route.

Caught the beginning of your show yesterday when you posed the question “why do you follow recruiting?”. I wanted to call in but couldn’t and didn’t get to listen either. But my reason for following recruiting is because they keep score(in recruiting)  and Clemson plays (the recruiting game), therefore, I want Clemson to do well in recruiting and be highly rated.

Back in the eighties it was unlimited but the NCAA started to put a limit on that contact. I think the new rules in the NCAA will allow more contact with former players. I also have seen twitter conversations between former players and prospects. Also I know that Dawkins will be back in town to work Dabo's camp this summer. This should be a big hit. It will be interesting to see what the new rules will say about this.

We're all reading about a number of potential recruits being offered (and accepting) the opportunity to join Clemson's football team as a "preferred walk-on."

Please explain what advantages/benefits exist for a potential recruit to consider being a "preferred walk-on."

Why would a recruit walk on if he has a scholarship offered and available at another school of the same or a different conference?

Thank you for your time.

It is rare that a prospects would chose to walk-on at a school despite having a scholarship offer at a similar level program.

The "front door" to our program is really sad! I am speaking of the unfinished entrance to the West Endzone. The entrance is off of a street, it has no sense of arrival, its no different than an entry into a discount auto parts store and is off center with the parking lot access across the street (notice how the Tiger Walk has to make a jog to the right on the way into the stadium! I have seen the rendering of the final design. It looks amazing! lot's of wow factor. When will Phase III of the West Endzone start construction? Every season the entry stays as it is we certainly lose out on future talent and delay our move to elite status.

Thanks and keep up the good work.

When Dan Radakovich took over as the athletic director he said he was going to take a look at all of the current plans for athletic facilities. I hear he has different ideas for the planned museum. As far as I know, he has not made a final decision.

If the ACC truly has a newfound regard for Clemson as hinted when Swofford visited the school in July, 2012, then Clemson’s 2013 football game at Syracuse should be scheduled to coincide with a home Buffalo Bills game.  Clemson fans could be in Syracuse on a Saturday to provide the atmosphere of a mid-season bowl game.  Then continue on to Buffalo the following Sunday afternoon to honor favorite son, C.J. Spiller.

The ACC would receive some special attention in New York to confirm their brilliance in expanding to include Syracuse.  By doubling-down to include this unique NFL related opportunity, the ACC and Clemson would achieve innovative national level attention.  Clemson brings the charm of the South to share with their new friends across the great state of New York.  And Syracuse and Buffalo are afforded the opportunity to show some tailgating hospitality Northern style.

Sounds like a win-win-win to me.  But I do fear there will be insufficient time to swing by The Met.  A perfect way to commence such a grand weekend would be to attend a performance there especially if one of my favorites were being performed at the time such as Giuseppe Verdi’s  La Traviata.   My plans had been to next witness the opera at the La Fenice opera house in Venice, Italy where the first performance took place in 1853.  But now I digress.

Although we Clemson folks are quite busy with places to go and people to see, I’ll juggle my schedule around whatever the ACC works out from a schedule standpoint.  Suffice to say the ball is in their court, assuming they still have a court or a field or even any balls.  But now I digress again.

I doubt the ACC would ever look at the NFL schedule before they made the football schedule. I love the idea of seeing C.J. Spiller but I doubt this would ever cross the ACC's mind. If it happened it would be a coincidence.