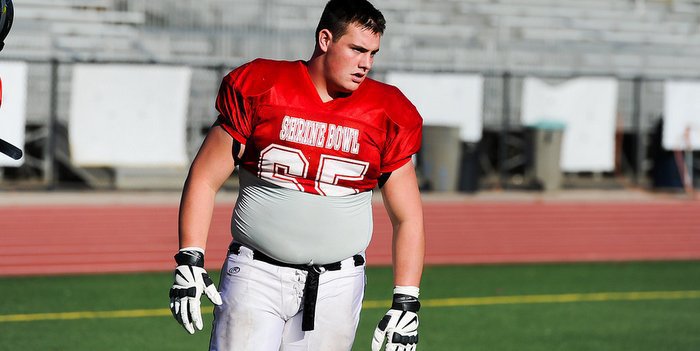 Stewart works out at the Shrine Bowl in December

Cade Stewart, a 2016 offensive line prospect out of Daniel High School, has flipped from Georgia Southern to Clemson and will accept the Tigers' grayshirt offer. TigerNet learned of the move from Stewart's high school coach.

Stewart visited Clemson two weekends ago and came away impressed.

“It was a fun weekend. They gave me a lot to think about because it's a good experience,” the 6-4, 300-pounder told TigerNet. “I got to see the other side of Clemson from what I'm used to seeing every day because I live here. Just the way they treat the players. It's player first. It seems like a cool thing how they put their team first and then everyone else second.”

“They just told that I've earned everything I've gotten and to keep my head up and keep playing no matter where I go and no matter what I choose,” Stewart said. “It's a lot better than being a preferred walk-on because I don't have the money to pay for a preferred walk-on, but just having to pay for only a semester is a good feeling that you'll have a free education after that.”

Stewart will be a second-generation Tiger - his mother played volleyball at Clemson.