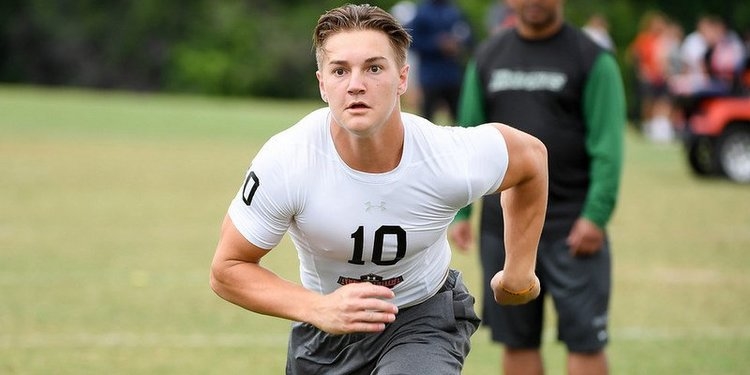 One of Clemson’s earliest commitments for 2019 - and a Tigers legacy - is officially a Clemson Tiger in receiver Brannon Spector.

Brings to Clemson: Spector was a playmaker on both sides of the field for Calhoun (Ga.) - making noise in the secondary either way and also as a returner on special teams. With the ball in his hands, Spector turns into tailback of sorts with the ability to get low, get tough yards and shake defenders with a nose for the end zone. He will be a good fit for the Tigers’ quick-screen game and also finding space to move the chains from the slot.

Depth chart fit: Spector is in a group of three talented early-enrollees with 5-star-rated Joe Ngata and Frank Ladson on an always-stacked Clemson receiver corps. the ‘9’/boundary receiver role - fellow 5-stars Tee Higgins and Justyn Ross set to return. Coming in as an under-the-radar prospect, Spector’s best bet may be the four games-and-redshirt route but there should be some opportunity for snaps as well with Hunter Renfrow and Trevion Thompson among those moving on.

Jeff Scott analysis: Brannon is a guy who I had in camp - he's a very smooth athlete. Runs very well. Actually plays safety and wide receiver at Calhoun...Coming from a winning program. He's a guy who I identified early and he can play multiple positions. The biggest compliment we could give him is he's wearing No. 13 next year (Hunter Renfrow's number). That tells you all you need to know about how he stacks up in our mind."

Number to know: 3 - Brannon will be a third member of his family to play for the Tigers, joining dad, Robbie, and brother Baylon, who is a redshirt freshman linebacker for Clemson.

Can’t wait till @SpectorBrannon gets here in January. Already has Orange in his blood. Talented playmaker that will be a great addition to #WRU pic.twitter.com/3KWR3f71VJ