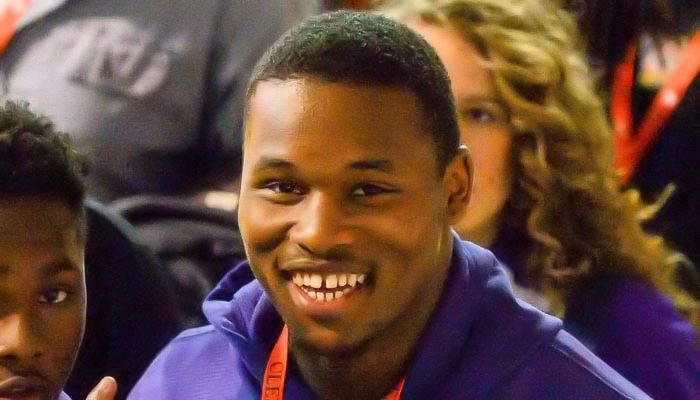 Five Clemson 2016 commits were named to the latest ESPN 300 rankings announced on Monday.

Clemson outside linebacker commit Rahshaun Smith was listed #24 overall, the #2 outside linbacker in the nation, #5 player in the state of Florida and has a overall grade of 87. Smith has the versatility and skill to play outside linebacker or become a hybrid weak-side defensive end.

As a junior, Smith had 111 tackles, 10 tackles for loss, three sacks and two interceptions.

Next up, running back commit Tavien Feaster was ranked #31 overall, the #2 running back in the nation, #1 player in the state of South Carolina and has a overall grade of 87.

Quarterback commit Zerrick Cooper came in at #212 overall, the #12 quarterback in the nation, #23 player in the state of Georgia and has a overall grade of 82. Cooper has been attending football camps and appears on full track to recover from his previous torn ACL injury.

Wide receiver commit Tavares Chase is ranked #245 overall, the #38 wide receiver in the nation, #41 player in the state of Florida and has a overall grade of 81. Chase is still underrated and should continue to rise in the recruiting rankings.

As a junior, Chase had 25 catches for 521 yards and five touchdowns. As a sophomore, he had 28 receptions for 562 yards and 4 touchdowns. On defense, he had 43 tackles and 3 interceptions.

Finally, offensive lineman Sean Pollard snuck in to the rankings with the final spot at #300. He is the #17 offensive guard in the nation, #11 player in the state of North Carolina and has an overall grade of 80. He has been impressive in recent camp showings in the last few months.