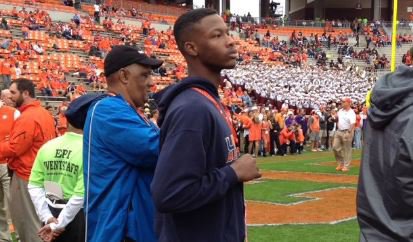 Clemson has offered 4-star 2018 tight end James Mitchell from Big Stone Gap, Virginia on Tuesday according to his Twitter account.

TigerNet spoke with Mitchell soon after he received his Clemson offer and he had the following to say.

"It really means a lot, to get a chance to play for such a high caliber program," Mitchell said. "Very blessed."

In 2016, Mitchell has named the Conference 40 Player of the Year and first-team All-State as a tight end. He is also a talented basketball prospect for Union.

Mitchell has national offers from Clemson, Duke, James Madison, Tennessee, Vanderbilt, Virginia, and Virginia Tech. He will take an unofficial visit to Clemson next week for its Junior Day.

He was invited to the 2017 U.S. Army All-American Bowl National Combine.