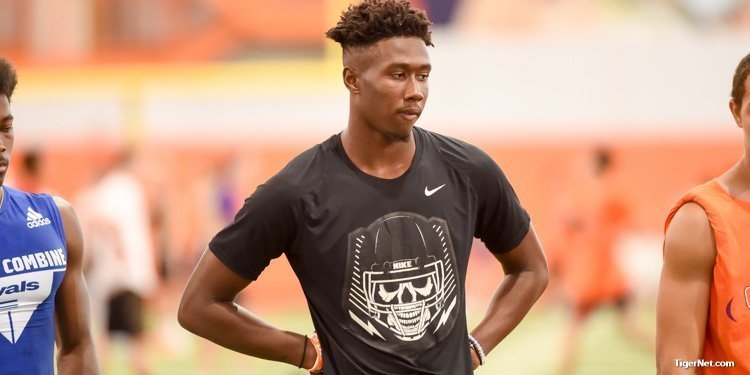 The high school football season is well underway with some teams already a couple games into the season.

Here are the highlights available so far for Clemson football commits (as of 8/26 evening):

Mellusi went on off in his season debut Friday with 13 carries for 167 yards and three touchdowns in a 30-18 Naples (Fla.) win over Miami-Edison (Fla.):

Ladson got South Dade (Fla.) off on the right track with three catches for 101 yards Friday in a 14-6 win over Coral Gables (Fla.):

His week one highlights included a pair of touchdowns:

Ngata helped Folsom get back to even on the season with two touchdown catches in three receptions for 22 yards Friday:

Zanders and Crest (N.C.) are off to a 2-0 start, with Zanders factoring in as much on the offensive side with a pair of touchdowns. Here are his highlights through two weeks:

Charleston has patrolled a Milton (Ga.) secondary in a 2-0 start. Here's his highlights through two weeks:

Spector and Calhoun (Ga.) started with a win after Spector logged eight catches for 103 yards and a touchdown in week one:

Allen is a defensive leader for Calhoun (Ga.) and a TE prospect currently for Clemson. His opener included a pick-six:

Allen picked off a pass and made some more plays in Peach County (Ga.)'s opener.

Jackson-Olin (Ala.) started strong and Bentley got in some good licks to start the season over the weekend (Bentley is jersey No. 2):

Swanson showed off his kickoff skills more in a 42-0 IMG (Fla.) win to open the season Friday:

LB commits Keith Maguire and Bryton Constantin both posted a couple highlights in scrimmages that caught some eyes on social media: