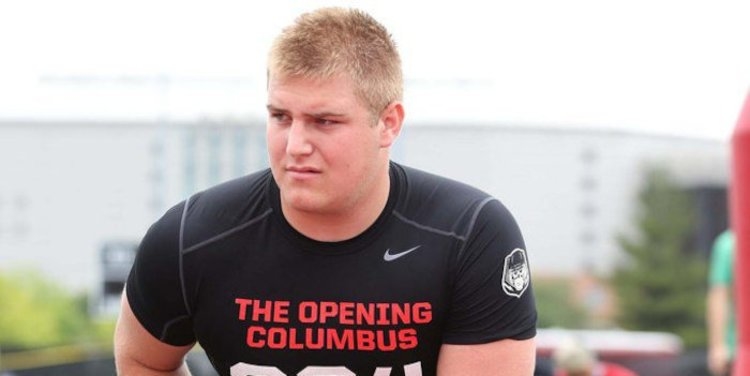 The talented 4-star prospect was able to walk to the cart and was taken off the field by the medical staff. TigerNet spoke with Bockhorst on Sunday afternoon and he gave us the following update on his injury.

"Well I originally thought I was doing well and I was walking around and stuff," Bockhorst said. "Then my knee buckled twice to the outside which is why they are now leaning toward a serious MCL sprain but I'm waiting until I get an MRI to come to a conclusion on the diagnosis. Pretty painful, walking with a stabilizer at this point."

Bockhorst sent a few text messages to TigerNet on Tuesday morning that the injury was more severe than he thought.

"Just found out I tore my ACL and meniscus in addition to my MCL injury," Bockhorst said. "Pretty rough day. I planted in 1v1 pass pro with a straight leg and knee just gave out.

Bockhorst is a consensus 4-star recruit by all the major recruiting services and was named first-team all-state his junior season.

Matt Bockhorst down writhing in pain and trainers looking at left leg. Hate to see any injury out here. pic.twitter.com/YEAVNjrmMt